Yamaha has announced the latest additions to its home audio lineup. The WXA-50 Amplifier & WXC-50 Preamplifier are designed to enhance existing speakers and home audio equipment with MusicCast streaming support.

"Yamaha fully appreciates that many of our customers already have speakers, AV receivers and Hi-Fi equipment that they love, yet they want to enhance their overall wireless audio listening experience," said Bob Goedken, general manager, AV division, Yamaha Corporation of America. "The WXA-50 and WXC-50 not only allow them to seamlessly and effortlessly integrate their legacy equipment with our popular MusicCast system, but also with superior sonic fidelity that will bring them hours of music listening enjoyment." 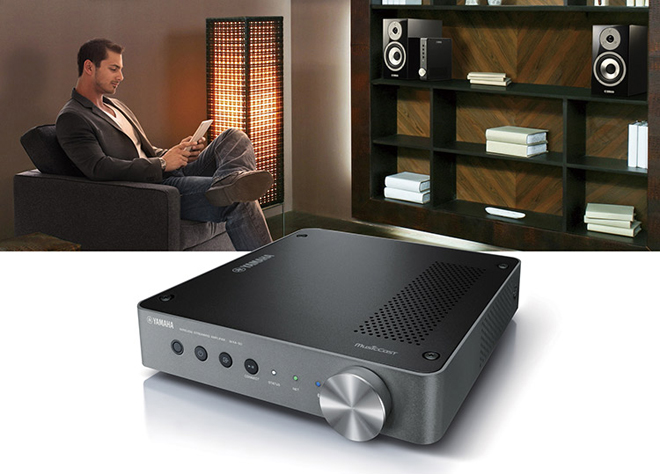 The WXA-50 amplifier allows users to connect a pair of their existing speakers to the stereo amp, enabling MusicCast support through an existing Wi-Fi network to access a customer's music library, Pandora, Spotify, Rhapsody and more directly from the MusicCast app. The amplifier works with any pair of traditional wired speakers, and can be used in conjunction with other MusicCast wireless speakers, sound bars, and receivers for wireless multiroom audio playback. Meanwhile, the WXC-50 preamplifier works with existing home theater or Hi-Fi systems, letting customers connect the WXC-50 to an AV receiver or stereo amplifier to add streaming audio capabilities and wireless multiroom playback when used with other MusicCast products.