In an early announcement to retailers, Xlrator is set to release 'The Diabolical' on Blu-ray on November 3.

When a single mother (Ali Larter) and her two young children are tormented by an increasingly strange and intense presence in their quiet suburban home, she turns to her scientist boyfriend to take on the violent forces that paranormal experts are too frightened to face.

You can find the latest specs for 'The Diabolical' linked from our Blu-ray Release Schedule, where it's indexed under November 3. 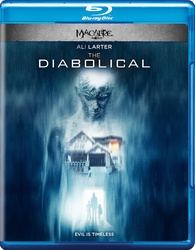