The romantic comedy is set to arrive on Blu-ray in November.

In an early announcement to retailers, Well Go USA is preparing 'Baked in Brooklyn' for Blu-ray on November 29.

After losing his job at a consulting firm, David Sharpiro (Josh Brener) decides to start selling marijuana to make ends meet. His new girlfriend (Alexandra Daddario) and roommates are skeptical of his plan but let him go ahead with it. As David's new job takes over his life, his friends begin to resent him and the fear of being beat up or even killed becomes all too real.

You can find the latest specs for 'Baked in Brooklyn' linked from our Blu-ray Release Schedule, where it is indexed under November 29. 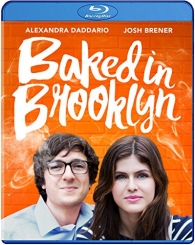