The action flick will seek revenge on Blu-ray in May. Pre-orders are now live.

In an early announcement to retailers, Well Go USA is preparing 'Sword of Vengeance' for Blu-ray on May 26.

From the creator of 'Hammer of the Gods', starring Stanley Weber (Borgia) and Annabelle Wallis (Annabelle), the subjects of a ruthless tyrant's oppression discover an unlikely freedom fighter whose code of honor demands bloody retribution. In 1066, following the brutal genocide ordered by William the Conqueror in order to control the unrelenting Rebels of the North, it's a world of dark times and dark deeds. After years of slavery, a Norman Prince (Weber) returns to the lost lands to seek revenge on his father's murderer by leading a band of farmers in bloody retribution. Rounding out the notable cast are Ed Skrein ("Game of Thrones"), Dave Legeno (Harry Potter and the Deathly Hallows) and Karel Roden (The Bourne Supremacy).

Specs have not been detailed yet, but supplements will include: Interviews and Behind-the-Scenes.

You can find the latest specs for 'Sword of Vengeance' linked from our Blu-ray Release Schedule, where it is indexed under May 26. 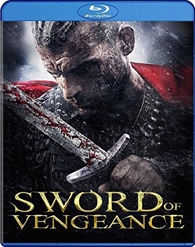 Discs mentioned in this article: (Click for specs and reviews)
Sword of Vengeance (Blu-ray)