In an early announcement to retailers, Well Go USA is preparing to bring 'The Zero Theorem' to Blu-ray on January 20.

An eccentric and reclusive computer genius plagued with existential angst works on a mysterious project aimed at discovering the purpose of existence - or the lack thereof -once and for all. However, it is only once he experiences the power of love and desire that he is able to understand his very reason for being.

The Blu-ray will feature 1080p video, a lossless 5.1 soundtrack, and supplements will include Behind The Scenes, Visual Effects, and a trailer.

You can find the latest specs for 'The Zero Theorem' linked from our Blu-ray Release Schedule, where it is indexed under January 20. 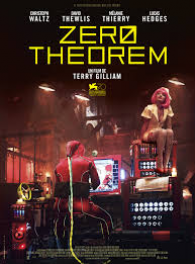