Jong-Yeol Baek's 'The Beauty Inside' Announced for Blu-ray

The hit Korean comedy arrives on Blu-ray in February.

In an early announcement to retailers, Well Go USA is preparing to bring 'The Beauty Inside' to Blu-ray on February 2.

The surprise sleeper hit of Cannes, the film depicts Woo-jin, who, every morning, wakes up in a different body. His age, gender, and nationality may change, but the one constant in his life is Yi-soo - the woman he loves. She knows his secret, and loves him anyway. With every transformation, Woo-jin has to figure out how to return to his own body and reunite with Yi-soo.

You can find the latest specs for 'The Beauty Inside' linked from our Blu-ray Release Schedule, where it is indexed under February 2. 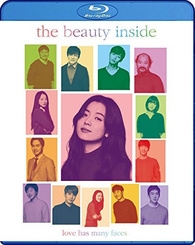