Jackie Chan is Back in 'Police Story: Lockdown' on Blu-ray this Summer

The Chinese crime thriller will be gunning for Blu-ray in August.

In an early announcement to retailers, Well Go USA is preparing 'Police Story: Lockdown' for Blu-ray on August 11.

Police Captain Zhong Wen (Jackie Chan) knows all about sacrifice. He's always been too busy chasing bad guys to be a father to his daughter Miao (Jing Tian).

Tonight, he's seeing her for the first time in years – and meeting her fiance, club owner Wu Jiang (Liu Ye). But Wu knows Zhong. And his plans for the evening include taking Miao, Zhong, and the entire club hostage.

Zhong knows about sacrifice. What will he give up to save his daughter?

You can find the latest specs for 'Police Story: Lockdown' linked from our Blu-ray Release Schedule, where it's indexed under August 11. 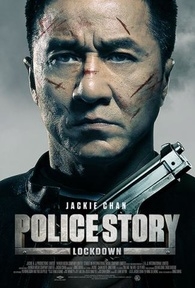