In an early announcement to retailers, Well Go USA will be releasing 'Assassination' on Blu-ray on December 1.

Snipers. Marksmen. Hired Guns. Double Agents. A group of exiled rebels are planning a hit on an Army Commander in Japanese-occupied Korea, but the only killer for the job is in prison. Now, the Resistance must devise a jailbreak, escape a hitman...and discover which of them is a traitor.

You can find the latest specs for 'Assassination' linked from our Blu-ray Release Schedule, where it is indexed under December 1. 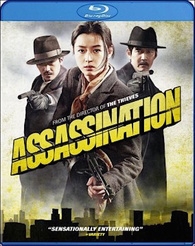