The terrifying modern gothic tale of dark secrets and shocking motives is planned for Blu-ray in February.

In an early announcement to retailers, Well Go USA will be releasing 'Estranged' on Blu-ray on February 12.

After years of partying abroad, a terrible accident has January (Amy Manson) confined to a wheelchair, with no memory of her past, her family, or the stately manor that was once her home. But something isn't right. They say she ran away, but won't tell her why. Her sister wishes she'd never come home. They're locking her in at night. And the way her brother looks at her...

Specs haven't been revealed yet, but supplements including a making of featurette and a trailer.

You can find the latest specs for 'Estranged' linked from our Blu-ray Release Schedule, where it is indexed under February 12. 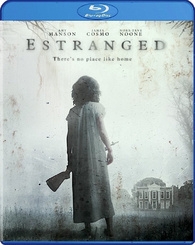