'The Hobbit: The Battle of the Five Armies' Blu-ray and Blu-ray 3D Pre-Orders Live!

You can now pre-order either the 2D or 3D Blu-rays of the final chapter in Peter Jackson's trilogy at Amazon!

Having reclaimed Erebor and vast treasure from the dragon Smaug, Thorin Oakenshield (Richard Armitage) sacrifices friendship and honor in seeking the Arkenstone, despite Smaug's fiery wrath and desperate attempts by the Hobbit Bilbo (Martin Freeman) to make him see reason. Meanwhile, Sauron sends legions of Orcs in a sneak attack upon the Lonely Mountain. As the fate of Middle Earth hangs in the balance, the races of Men, Elves and Dwarves must decide whether to unite and prevail -- or all die.

Suggested list price for both releases seems to be $44.95.

You can find the latest specs for 'The Hobbit: The Battle of the Five Armies' linked from our Blu-ray Release Schedule, where it's indexed under PENDING. 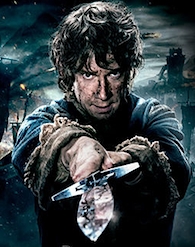 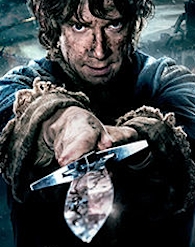