'The Gallows' Will Swing on Blu-ray this October

The horror flick is headed for high-definition in October.

In an early announcement to retailers, Warner Brothers says 'The Gallows' will arrive on Blu-ray on October 13.

Twenty years after an accident caused the death of the lead actor during a high school play, students at the same small town school resurrect the failed stage production in a misguided attempt to honor the anniversary of the tragedy - but ultimately find out that some things are better left alone.

You can find the latest specs for 'The Gallows' linked from our Blu-ray Release Schedule, where it is indexed under October 13. 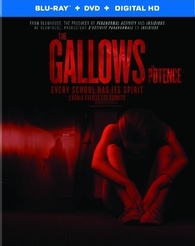