Another DC Universe animated feature will be available on home video in April.

An adaptation of the Batman: Hush storyline, by Jeph Loeb and Jim Lee.

You can find the latest specs for Batman: Hush linked from our 4K and Blu-ray Release Schedules, where it is indexed under April 16. 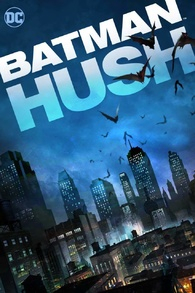