More details on the upcoming streaming platform have been revealed.

Warner Bros. and DC Entertainment have revealed the official name for their new digital entertainment service. The subscription streaming platform will be called DC Universe and will feature several exclusive original live-action and animated series based on DC Comics characters. 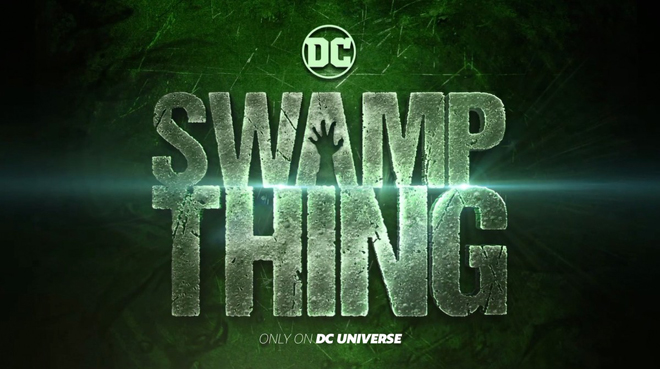 Swamp Thing is being developed by co-writers/showrunners Mark Verheiden and Gary Dauberman, along with executive producer James Wan (Aquaman). The show is based on the comic book series created by Len Wein and Bernie Wrightson, and has a script-to-series order. Here's the official synopsis: When CDC researcher Abby Arcane returns to her childhood home of Houma, Louisiana, in order to investigate a deadly swamp-borne virus, she develops a surprising bond with scientist Alec Holland—only to have him tragically taken from her. But as powerful forces descend on Houma, intent on exploiting the swamp’s mysterious properties for their own purposes, Abby will discover that the swamp holds mystical secrets, both horrifying and wondrous—and the potential love of her life may not be dead after all.

Harley Quinn will be an adult-geared 26-episode animated series starring the Batman villain originally created by Paul Dini and Bruce Timm. Justin Halpern and Patrick Schumacker (Powerless) are on board as writers and executive producers, and the show will feature additional DC characters like Poison Ivy, Clayface, Sy Borgman, Dr. Psycho, Malice Vundabar, and King Shark.

Finally, Metropolis was originally being developed as a Superman prequel focused on Lois Lane and Lex Luthor as investigators, but this premise is now reportedly being retooled. On that note, Danny Cannon and John Stephens (Gotham) were initially developing the show, but it's now unclear if they remain onboard as the series undergoes it overhaul.

DC Universe is expected to launch later this year with Titans, Young Justice: Outsiders, and Harley Quinn. Swamp Thing and Metropolis are then set to hit the service in 2019.