The new 4 minute trailer offers the best look yet at the upcoming superhero team-up.

To coincide with the 2017 San Diego Comic Con, Warner Bros. has revealed a new extended sneak peek trailer for Justice League. The movie is set to hit theaters on November 17.

Fueled by his restored faith in humanity and inspired by Superman’s selfless act, Bruce Wayne enlists the help of his newfound ally, Diana Prince, to face an even greater enemy. Together, Batman and Wonder Woman work quickly to find and recruit a team of metahumans to stand against this newly awakened threat. But despite the formation of this unprecedented league of heroes—Batman (Ben Affleck), Wonder Woman (Gal Gadot), Aquaman (Jason Momoa), Cyborg (Ray Fisher) and The Flash (Ezra Miller) —it may already be too late to save the planet from an assault of catastrophic proportions.

Check out the Comic Con Sneak Peek trailer below!

Justice League comes from director Zack Snyder with a script by Chris Terrio based on a story by Snyder and Terrio. In addition, director Joss Whedon is handling reshoots and post-production on the film following a family tragedy that forced Zack Snyder to step down.

And beyond the new trailer, Warner Bros. has also unveiled a new poster for the flick as well. Check it out below! 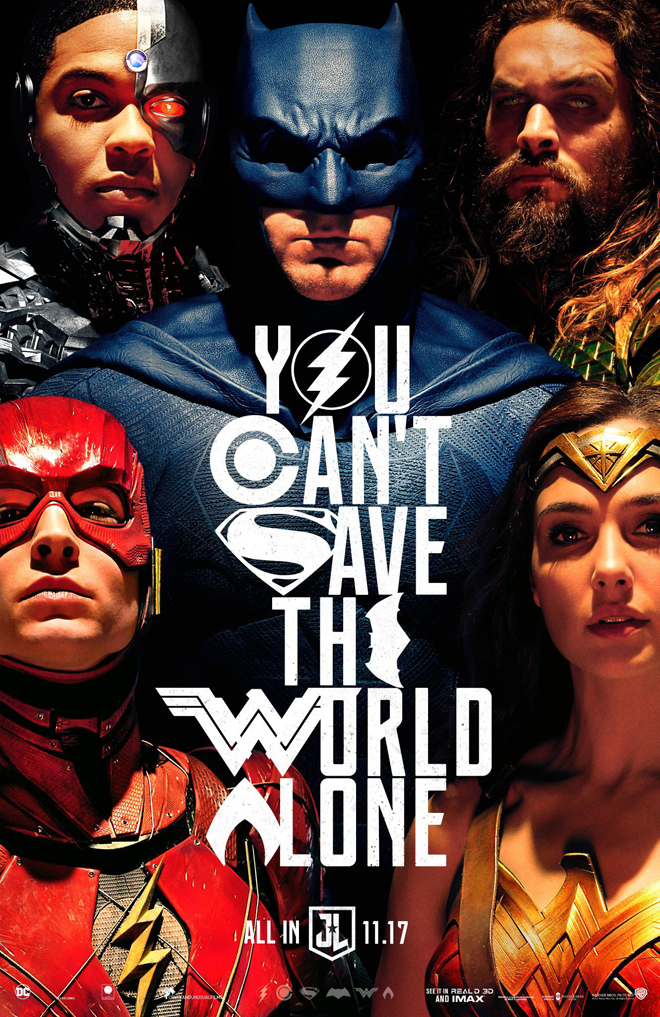 And beyond the new trailer, Warner Bros. has also unveiled a new poster for the flick as well. Check it out below!