Two new Warner Archive titles have been dated for October.

'On Dangerous Ground' - Why do you make me do it?" New York cop Jim Wilson asks the hoodlum he's about to smash senseless. Jim has seen it all on the city's shadowy streets: killers, thugs, pimps, sadists. And the experience has cost him his soul. Ironically, his redemption may come in his next case, a brutal murder that brings him into the open sky and white light of the countryside…and into the arms of a beautiful blind woman. Directed with intensity by Nicholas Ray (Rebel Without a Cause, They Live by Night) and featuring a haunting score by Bernard Herrmann (Psycho), On Dangerous Ground is a taut, rapid-paced manhunt with two fine stars at its tortured heart. Noir master Robert Ryan captures Jim's agonized self-hatred. And Ida Lupino burnishes the screen as the sightless angel whose compassion gives him one last chance at life.

The Blu-ray will feature 1080p video, an English DTS-HD MA 2.0 soundtrack, and supplements will include: Audio commentary by film historian Glenn Erickson and Original trailer. 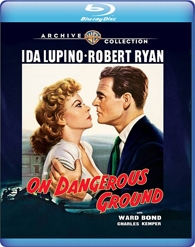 'Body Snatchers' - Don't sleep. Don't ever sleep. That's when it happens. That's when tentacles leave the alien pod and enter your ears and nostrils. Soon you're not you anymore. You've been taken over, a victim of Body Snatchers. A science-fiction classic gets an eerie, modern update in this spellbinder inspired by 1956's Invasion of the Body Snatchers and from the producer of the 1978 remake. Advances in screen special effects now enable director Abel Ferrara (King of New York, Bad Lieutenant ) and his crew of wizards to depict the actual birthing of a pod – and its devastating effect on the human host. Who says there's no rest for the wicked? As stars Gabrielle Anwar, Terry Kinney, Forest Whitaker and Meg Tilly discover, no one rests when the only way to sleep is to keep one eye open. And one foot out the door.

The Blu-ray will feature 1080p video, an English DTS-HD MA 5.1 soundtrack, and supplements will include the Original trailer. 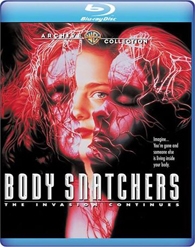 You can find the latest specs for 'On Dangerous Ground' & 'Body Snatchers' linked from our Blu-ray Release Schedule, where they are indexed under October 11 and October 18.