The final season of the sci-fi series is now available for pre-order.

In an early announcement to retailers, Warner Bros. is preparing 'Falling Skies: The Complete Fifth Season' for Blu-ray. An exact release date has not been announced.

The final battle begins as 'Falling Skies' returns for its last season. As season five opens, all breed of beast and mutant are running rampant on earth, and humans are now ready to fight against the enemy. Tom and the 2nd Mass are filled with rage, ready to destroy the enemy in an all-out battle to determine the fate of Earth.

You can find the latest specs for 'Falling Skies: The Complete Fifth Season' linked from our Blu-ray Release Schedule, where it's indexed under PENDING. 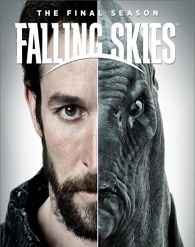