'The Matrix' Bound for 4K Ultra HD Blu-ray in May

Audiences can take the red pill again this May.

In an early announcement to retailers, Warner Bros. is prepping The Matrix for 4K Ultra HD Blu-ray on May 22.

This special effects-driven tale follows Keanu Reeves and Oscar, Golden Globe and Emmy-nominee Laurence Fishburne on an explosive futuristic sci-fi adventure about a man who comes to believe that his everyday world is the product of a complex computer-driven digital matrix that feeds on humans. In his dangerous quest to find out the truth, he must figure out who is real and who he can trust.

The Ultra HD Blu-ray will feature a 2160p transfer with Dolby Vision and HDR10 sourced from a new 4K remaster of the original camera negative supervised by director of photography Bill Pope. In addition, a new Dolby Atmos audio track will be included as well. Likewise, the Blu-ray disc bundled in the 4K Ultra HD/Blu-ray/Digital combo pack will also feature remastered video sourced from the new 4K scan along with the Dolby Atmos mix.

Supplements on the 4K Ultra HD Blu-ray disc will include:

Supplements on the Blu-ray disc will include: 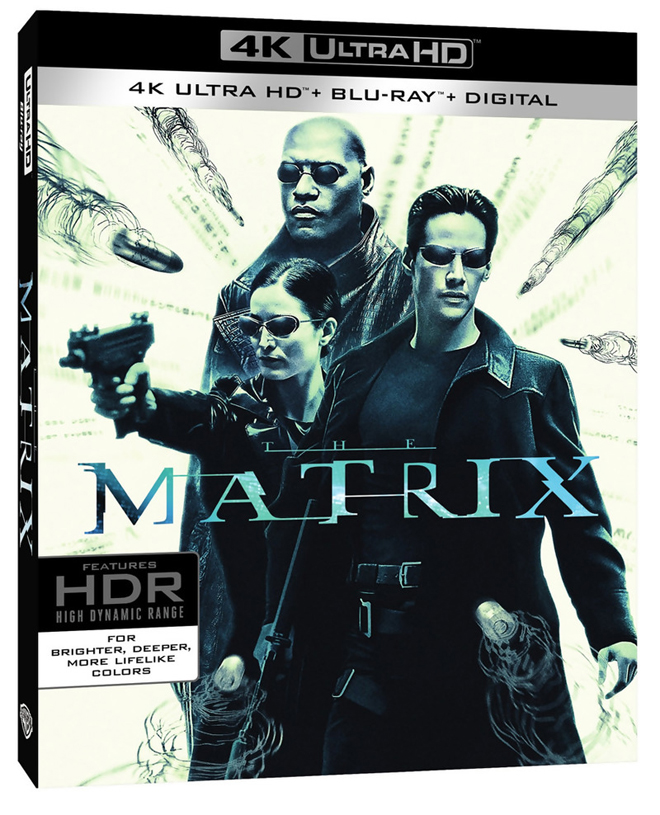 You can find the latest specs for The Matrix linked from our 4K Blu-ray Release Schedule, where it is indexed under May 22.