'Innerspace,' 'Blast from the Past,' and 'Free Willy' Blu-rays Announced

In an early announcement to retailers, Warner Bros. is preparing 'Innerspace' 'Blast from the Past,' and 'Free Willy' for Blu-ray on August 4.

'Innerspace' - Gremlins executive producer Steven Spielberg and director Joe Dante again rev their imaginations into overdrive for this comic adventure that won a 1987 Best Visual Effects Academy Award. The voice Jack (Martin Short) hears is that of hotshot Navy pilot Tuck Pendleton (Dennis Quaid), subject of a secret miniatuization project gone awry and accidentally injected into Jack. And before frazzled Jack can say "I've got you under my skin," his unlikely partner propels him into the craziest escapade of his life.

Specs have not been detailed yet, but supplements will include: Commentary with Director Joe Dante, Producer Michael Finnell, Costars Kevin Mccarthy and Robert Picardo and Visual Effects Supervisor Dennis Muren, and Theatrical Trailer. 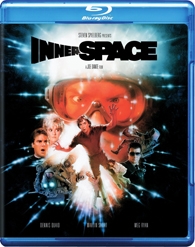 'Blast from the Past' - When a man raised in a 1950s era bomb shelter emerges into the outside world for the first time--to find a nice nonmutant girl with whom to repopulate the earth--meets a savvy, cynical modern woman, sparks fly, opposites attract and the result is a wondrous chain reaction in this romantic comedy for the nuclear age--Blast from the Past. Adam's (Brendan Fraser 'The Mummy,' 'The Mummy Returns') hapless search in the brave new world of homeless people, adult bookstores and all-night supermarkets leads him directly into Eve (Golden Globe-nominee Alicia Silverstone 'Clueless,' 'Batman & Robin,' TVs 'Miss Match'). She's suspicious, smart about survival and uncertain of the possibilities of love. Her life has been a series of dead-end jobs, shallow boyfriends and dashed hopes. But the more Eve watches Adam approach the world with wide eyes, comic miscomprehension, joyous delight and a deliciously sweet innocence, the more she begins to find herself falling ... in love? 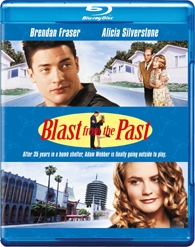 'Free Willy' - Captured at sea and confined in a small tank at an aquatic park, Willy (Keiko the orca whale) is an unhappy and unpredictable attraction. No one understands Willy – except a scruffy street kid named Jesse (Jason James Richter) – who knows what it's like to be without a family. Together these two form a special bond...one so strong that they're willing to risk it all to find a way home! 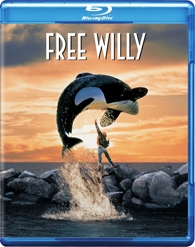 You can find the latest specs for 'Innerspace,' 'Blast from the Past,' and 'Free Willy' linked from our Blu-ray Release Schedule, where they are indexed under August 4.

Discs mentioned in this article: (Click for specs and reviews)
Innerspace (Blu-ray)
Blast from the Past (Blu-ray)
Free Willy (Blu-ray)