In an announcement to retailers, Warner Archive is preparing Ride the High Country, 36 Hours, Spencer's Mountain, The Rounders, The Wheeler Dealers, and From Hell It Came for Blu-ray throughout the month of April.

Ride the High Country (April 4) - In this brilliant, moving film directed by Sam Peckinpah (The Wild Bunch), cowboy icons Randolph Scott and Joel McCrea find roles to match their leathery Western personas, playing aging lawmen hired to guard a gold shipment. They don’t have much: a horse each, a couple of dollars. And they have everything: their independence. But the frontier is disappearing – and so is space wide open enough for independent men. With luck, the two will find space enough for this ride and one last payday. They will also find adventure, including the dramatic rescue of a mistreated bride (Mariette Hartley), gun-blazing shoot-outs and a life-changing betrayal. Both an exciting Western and a heart-lifting homage to the genre, Ride the High Country is a journey into film greatness.

The Blu-ray will feature 1080p video, a DTS-HD MA 2.0 soundtrack, and supplements will include: 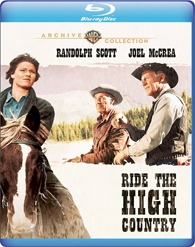 36 Hours (April 11) - It’s 1950. Maj. Jefferson Pike is in an Allied military hospital, under the care of an American doctor. Pike is an amnesiac, and if he could recount the details of D-Day, his last memory, perhaps it would unlock his mind. Only it’s really 1944, and Pike is deep in German territory in a faux hospital built just for him. James Garner does a heroic star turn as increasingly suspicious Pike, and Rod Taylor makes a canny opponent as the duplicitous Doktor in a tense cat-and-mouse, twist-filled wartime thriller. The Nazis have only 36 Hours to pull off their elaborate ruse and get the D-Day plans out of Pike. But if that doesn’t work, they will use any means necessary.

The Blu-ray will feature 1080p video, a DTS-HD MA 2.0 soundtrack, and supplements will include the Original Theatrical Trailer. 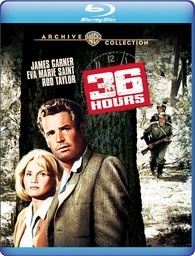 Spencer's Mountain (April 18) - Grandpa Spencer fathered nine boys in the shadow of the Grand Teton mountain bearing their name. His son Clay (Henry Fonda) married Olivia (Maureen O’Hara) and had nine more kids, “all thoroughbreds.” Now the eldest son is out of high school, eager for more in life. But college money is hard to come by. Spencer’s Mountain has deep roots too. It’s based on the Earl Hamner Jr. novel that later inspired TV’s The Waltons. The pleasures of Delmer Daves’ film are as plentiful as trout in its swirling streams. Fonda and O’Hara shine in a cast that includes Wally Cox, Donald Crisp and James MacArthur. Max Steiner supplies an evocative score. Breathtaking fields and forests add visual splendor. All enhance this beloved story of human values – and reaching for your dreams. 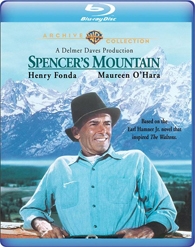 The Rounders (April 18) - What do you call a cowboy with his brains kicked out? A bronc rider. Ben Jones and Howdy Lewis, heaven help them, are bronc riders. Glenn Ford and Henry Fonda portray the pair who are cowboy enough to do just about any job, except for the one at hand. That job: Saddle a clever, ornery, blaze-faced roan named Old Fooler and make him as gentle as a milk-pen calf. Can’t be done – and that gets the cowpokes to thinking. Maybe they can make a dollar or two by wagering that no one at the rodeo can stay atop him either. Place your bets as filmmaker Burt Kennedy matches the warmth of his two stars with an unadorned ease that makes this modern Western as welcome as a get-together with old friends at a Sunday social. 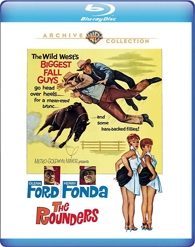 The Wheeler Dealers (April 25) - Henry Tyroon likes what wealth can bring, but that isn’t why he spends so much time pursuing it. “You do it for fun,” he explains. “Money’s just the way you keep score.” James Garner scores big as Henry, a flimflammer who lands in New York City after his Texas oil well comes up a duster. He needs a million or so in pocket money to pay his debts. Soon, he also hopes to land a blue-eyed blue chip: a stock analyst (Lee Remick) pressured by her firm to unload a worthless stock. Can Henry come up with a plan to turn what’s worthless into the hottest thing on Wall Street? The market for wit and charm is a sure thing in this mix of romantic comedy and business-world satire. Thirty years later, Garner would play a wheeler-dealer of another era to award-winning effect as the CEO in Barbarians at the Gate. 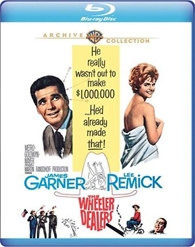 From Hell It Came (April 25) - Beware Tabonga! On a remote South Seas island, no one is safe from this hideous...and unique...monster. Tabonga is part man, part tree, all doom. Formerly an island prince, he was unjustly put to death by a witch doctor. Now he’s returned to life with roots, branches and a vengeance. Against natives. Against visiting American scientists who investigate the tree’s radioactive green sap. Against anyone unwise enough to expect a tree to stay put. A macabre medley of creature feature, Polynesian kitsch and Atomic Age cautionary tale, From Hell It Came is the killer-tree movie you woodn’t want to miss! 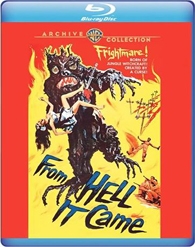