In an early announcement to retailers, Warner Archive is preparing 'S.O.B.,' 'World Without End,' 'Demon Seed,' and 'Finian's Rainbow' for Blu-ray throughout the month of March.

'Finian's Rainbow' (March 7) - An Irish rogue plants a stolen crock of leprechaun gold in the soil near Fort Knox to reap what he thinks will be a rich harvest. In tow are his spirited daughter, a lovestruck leprechaun and a bigoted Southern senator transformed by misbegotten magic. 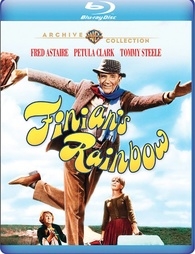 The Blu-ray will feature 1080p video, a DTS-HD MA 2.0 soundtrack, and supplements will include the Original Theatrical Trailer. 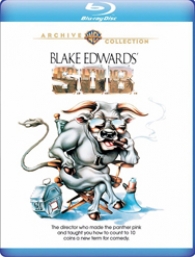 'Demon Seed' (March 14) - Susan Harris is alone in the house when, suddenly, doors lock, windows slam shut and the phone stops working. Susan is trapped by an intruder…but this is no ordinary thug. Instead, the intruder is a computer named Proteus, an artificial brain that has learned to reason. And to terrorize. In “one of her finest, most vulnerable performances” (Danny Peary, Guide for the Film Fanatic), Julie Christie plays Susan in this taut techno-thriller based on the Dean Koontz novel. Packed with suspense, surprise and special effects, Demon Seed follows Susan’s desperate attempts to outmaneuver and outthink her captor. Then Susan learns what Proteus wants: its own child, conceived in her womb and destined for domination.

Specs have not been detailed yet, but supplements will include the Original Theatrical Trailer. 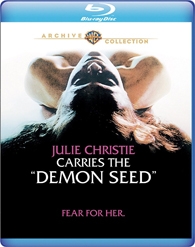 'World Without End' (March 28) - “CinemaScope’s first science-fiction thriller” sees four intrepid astronauts (Hugh Marlowe, Nelson Leigh, Rod Taylor and Christopher Dark) successfully complete mankind’s first Mars mission, only to run afoul of a warp in space. Tossed centuries into the future, they discover an Earth devastated by nuclear war, where mutant beast-men rule the surface. Underground is a society marked by listless males and lustful ladies (future- wear designed by Vargas!). Trapped in a tomorrow they never made, the four astronauts take on the mutant and the malicious while fighting to bring humanity back to the surface.

Supplements have not been detailed, but the Blu-ray will feature 1080p video and a DTS-HD MA 2.0 soundtrack. 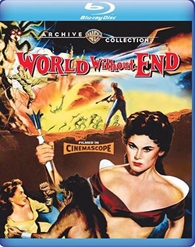