The fourth season of the acclaimed crime drama will debut on Blu-ray in September.

In an early announcement to retailers, Warner Archive will be bringing 'Longmire: The Complete Fourth Season' to Blu-ray on September 20.

Following the shocking conclusion of Season Three, Sheriff Walt Longmire continues to seek justice for the murder of his wife.

You can find the latest specs for 'Longmire: The Complete Fourth Season' linked from our Blu-ray Release Schedule, where it is indexed under September 20. 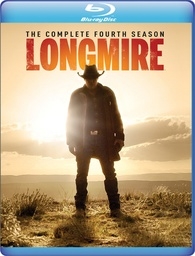