VIZIO has announced the release of a new firmware update for its E-Series SmartCast Ultra HD HDR Display lineup. The upgrade adds support for HDR10 streaming capabilities and is now available for 55" class size E-Series HDR displays and above. 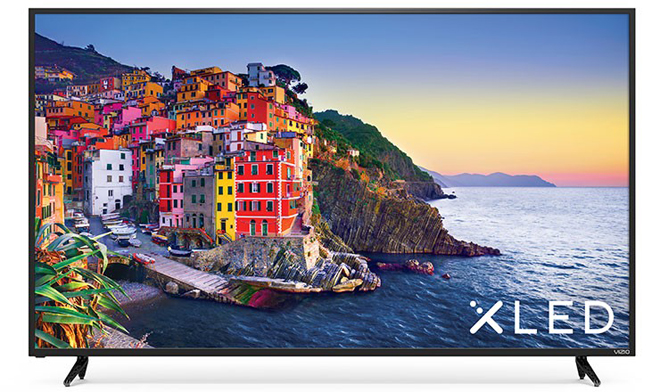 HDR10 streaming is supported through several services on the E-Series, including Netflix, Vudu, and FandangoNOW. In addition, E-Series HDR displays can also play HDR10 content from external HDR sources like Ultra HD Blu-ray players and the Xbox One S game console. Likewise, the new firmware update also provides the ability to access all picture settings on-screen, rather than just through a mobile device, using the included 2017 E-Series remote or any universal IR remote or older VIZIO remote that includes a Menu button. To install the HDR10 streaming update, VIZIO SmartCast E-Series users must make sure their display is connected to the internet. Once connected, SmartCast displays automatically search for new firmware when available and download it automatically to the display.

The 2017 E-Series display collection features models with up to 16 Active LED Zones. Likewise, HDR10 support is included on all units 55-inches or larger. In addition, the lineup includes new XXL 75-inch and 80-inch sizes, offering viewers even bigger screen options. Finally, the E-Series uses VIZIO's SmartCast platform with Chromecast built-in, allowing users to cast content to and control their displays through the SmartCast app on Android and iOS mobile devices.

And beyond the new E-Series update, VIZIO has also announced the launch of its 2017 M-Series Ultra HD Dolby Vision display lineup in Canada.