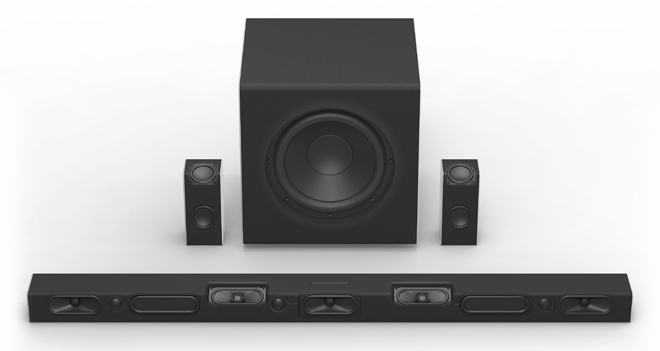 All three models feature support for Dolby Atmos decoding in lossless TrueHD over HDMI from a connected Blu-ray player or in Dolby Digital Plus via a connected set-top box or smart TV. Likewise, the systems include DTS Virtual:X tech for simulated immersive audio if a user does not want to engage the upward firing drivers. With that said, the units do not support DTS:X decoding.

Connectivity options include an HDMI input with 4K HDR passthrough, an HDMI ARC port, optical, Ethernet, Wi-Fi, and Bluetooth. In addition, the sound bars feature Google Chromecast built-in, allowing users to stream music from Chromecast-enabled audio apps like Google Play Music, iHeartRadio, Pandora, and Spotify. A dedicated remote is included as well, though customers can opt to use their mobile devices for control instead via the free VIZIO SmartCast app. Finally, the new sound bar lineup also supports voice-control through Google Assistant.