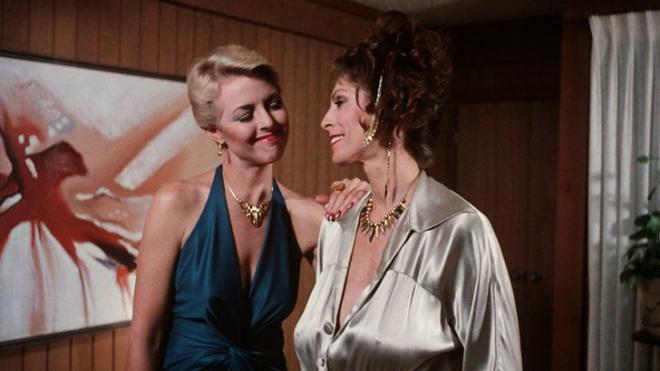 The X-rated double feature set arrives on Blu-ray in November.

In an early announcement to retailers, Vinegar Syndrome says 'Taboo II / Taboo III' will be available on Blu-ray on November 29.

Set shortly after the conclusion of Taboo, Taboo II introduces Junior McBride (Kevin James) who, upon discovering that his best friend, Paul (Mike Ranger), had a relationship with his mother (Kay Parker), begins to explore his own curiosity for familial love, with his sister Sherry (Dorothy LeMay). Although initially hesitant, Sherry quickly discovers her desire for her brother, and the siblings soon begin an illicit affair...until their mother (Honey Wilder) catches them in the act... Director Kirdy Stevens and writer/producer Helene Terrie's acclaimed follow-up to their 1980 blockbuster is an engrossing psychological drama that features Honey Wilder's most infamous and celebrated performance.

In Kirdy Stevens and Helene Terrie's third entry in their Taboo franchise, Kay Parker reprises her role of Barbara Scott, whose son Paul has left home due to the stress of their unnatural relationship. With only her younger son (Jerry Butler), who's more concerned with his band and best friend (Blake Palmer) than his mother, to keep her company, Barbara finds a friend in Joyce McBride (Honey Wilder), as the two of them discover their shared illicit pasts and begin to plan the next stages of their lives... Taboo III is a thought provoking story of forbidden desires, featuring some of the biggest stars of the era.

Specs have yet to be revealed, but the release will feature NEW 2K Restorations of the two films from 35mm vault elements and supplements will include: Video interview with actor Blake Palmer; Original theatrical trailer for Taboo II; Kay Parker's personal script for Taboo III; and Reversible Cover Artwork.

You can find the latest specs for 'Taboo II / Taboo III' linked from our Blu-ray Release Schedule, where it is indexed under November 29. 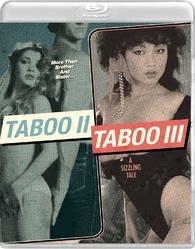