A new preview app with 360 degree video support is now available for download.

VLC has announced the release of the VLC 360-Degree Technical Preview for Windows and Mac platforms. Help in developing the app was provided by Giroptic, who offered 360 degree samples, cameras, code, and expertise.

"VLC is one of the video players most widely used in the world. We are very proud to contribute our expertise in 360° to this open source player. This will allow the millions of VLC users to take full advantage of a promising new technology and be widely involved in its democratization.", said Richard Ollier, co-founder and CEO of Giroptic.

With the VLC 360-Degree Technical Preview, users can now play 360 degree videos and images directly with VLC. The app is now available for Windows 7 and later, and macOS 10.10 and later. Likewise, the company has posted three 360 test samples for download -- Eagle video, Surfers video, and Mountain panorama (photo). 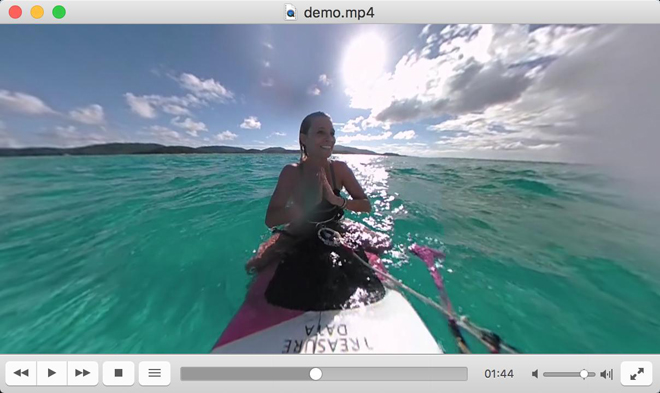 Here's a full rundown of the app's features:

Future versions of VLC are expected to bring these features to additional platforms, including Android, iOS and Xbox One. In addition, mobile versions will use smartphone sensors to navigate inside the videos. Likewise, the company plans to offer support for VR headsets and platforms like the HTC Vive, Daydream, Oculus, and OSVR in 2017. Finally, 3D audio playback, including head tracking headphones, is planned for the future as well.