The 1971 thriller starring Max Von Sydow will be getting the Blu-ray treatment in August.

In an early announcement to retailers, VCI has revealed 'The Night Visitor' will be available Blu-ray on August 2.

A powerful Gothic suspense tale of a man wrongly accused of murder, who is committed to an asylum for the criminally insane. While imprisoned, he makes a series of incredible escapes to methodically wreak vengeance on those responsible for putting him there. Cinematography by Henning Kristiansen (Babette's Feast). Soundtrack by Henry Mancini (The Pink Panther, Breakfast at Tiffany's).

You can find the latest specs for 'The Night Visitor' linked from our Blu-ray Release Schedule, where it is indexed under August 2. 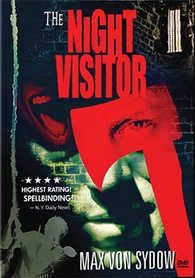