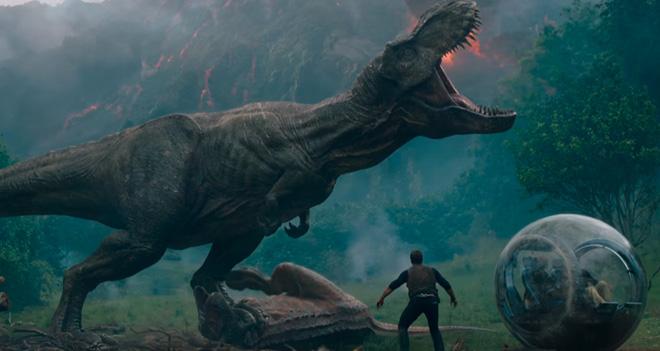 The new short picks up one year after the ending of Jurassic World: Fallen Kingdom.

The short takes place one year after the events of the last Jurassic World film in Big Rock National Park, where dinosaurs are now living in our world. The story follows a family of four whose encounter with these wild animals becomes a terrifying fight for survival.

Check out the short film below!

Battle at Big Rock stars André Holland, Natalie Martinez, Melody Hurd, and Pierson Salvador. In addition to directing the short, Colin Trevorrow also serves as co-writer along with Emily Carmichael. The film is meant to help set up the upcoming third entry in the Jurassic World series, offering viewers a glimpse at a world filled with wild dinosaurs.

Though plot details have not been revealed, Jurassic World 3 is set to star Bryce Dallas Howard, Chris Pratt, and Isabella Sermon. Likewise, Colin Trevorrow is on board to direct, as well as co-write with Emily Carmichael. The film is currently scheduled for release on June 11, 2021.