Both format releases are set to arrive in stores in January.

In an early announcement to retailers, Universal says 'The Boxtrolls' to Blu-ray and Blu-ray 3D on January 20.

An orphaned boy (Game of Thrones' Isaac Hempstead Wright) raised by an eclectic band of underground creatures called Boxtrolls comes up from the sewers and out of his box to save his family and town from an evil exterminator named Archibald Snatcher (Ben Kingsley).

Supplements have yet to be revealed, but the Blu-rays will feature 1080p video and DTS-HD Master Audio 5.1 soundtracks.

You can find the latest specs for 'Big Hero 6' linked from our Blu-ray Release Schedule, where it's indexed under PENDING. 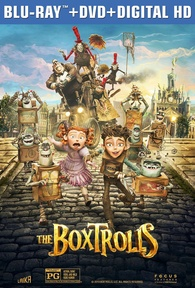 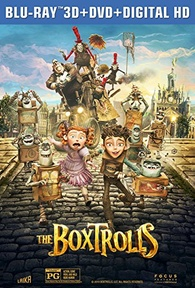