The cult comedies will arrive on Blu-ray in May.

In an early announcement to retailers, Universal is preparing 'Wet Hot American Summer' and 'Orgazmo' for Blu-ray on May 12.

'Wet Hot American Summer' - Camp Firewood, 1981. It's the last day of camp and everyone is busy. Camp director Beth (Janeane Garofalo) is trying to keep order while falling in love with astrophysicist Henry (David Hyde Pierce). Henry is trying to save the camp from being hit by a piece of SKYLAB hurtling toward Earth. Camp counselor Coop is in love with Katie, who is in love with lifeguard Andy. If that's not enough, there's a waterfall rescue, talking vegetable cans, the misfits, the cool kids... and more! It's a star-filled, laugh-a-minute, crazy comedy. Summer camp was never this much fun! 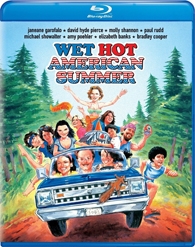 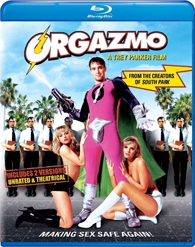 You can find the latest specs for 'Wet Hot American Summer' & 'Orgazmo' linked from our Blu-ray Release Schedule, where they are indexed under May 12.