The animated comedy arrives on all formats this December.

As previously reported, Universal is preparing 'The Secret Life of Pets' for Blu-ray, Blu-ray 3D, and 4K Ultra HD Blu-ray later this year, and now the date has been set for December 6. In addition, a Target exclusive Steelbook Edition will also be available.

Louis C.K., Eric Stonestreet, and Kevin Hart lend their voice talents to this action/adventure comedy taking a hilarious look into the lives of Pets. Set in a Manhattan apartment building, pets gather to start their day as the two-legged residents head for work and school. The head hound is a quick-witted terrier rescue, whose position at the epicenter of his master's universe is suddenly threatened when she comes home with Duke, a sloppy mongrel with no polish. The two soon find themselves on the mean streets of New York, where they meet the adorable white bunny Snowball. It turns out that Snowball is the leader of an army of pets that were abandoned and are determined to get back at humanity and every owner-loving pet. The dogs must thwart this plot and make it back in time for dinner.

Each release will feature a Dolby Atmos soundtracks and supplements include: How to Make an Animated Film – A behind-the-scenes look at how to make an animated film from the various departments that make up Illumination. (Blu-ray exclusive); Anatomy of a Scene – Filmmakers and animators take us through the multi-step process it takes to create a specific scene in the Secret Life of Pets (Blu-ray exclusive); 3 Mini-Movies: Norman Television, Weenie, and Mower Minions; All About The Pets – Kevin Hart and Eric Stonestreet, with the help of animal trainer Molly Mignon O'Neill take you on an educational journey to learn more about your average and not-so average, household pets; Animals Can Talk: Meet The Actors – The comedy superstars who give voice to the film's menagerie of characters talk about their roles and the process of bringing them to life; Hairstylist To The Dogs – Inspired by "Hairspray Live!," Eric Stonestreet, with the help of a professional dog groomer Jess Rona, will take you through the basic steps to help your pups look as awesome as possible when they're hanging out with their pet pals; The Best Of Snowball – A rapid-fire, fun and oddly musical mash-up of all the best Snowball one-liners; Hot Dog Sing-Along – Join Max and Duke as they perform for their dinner in the sausage factory. This straightforward sing along is fun for the whole family to enjoy; Sing Trailer; "Lovely Day" Lyric Video; The Humans that Brought You Pets – Producers Chris Meledandri and Janet Healy, directors Chris Renaud and Yarrow Cheney, and writer Brian Lynch discuss what went into creating The Secret Life of Pet's compelling characters and non-stop action; GoPro®: The Secret Life of Pets; and The Making of the Mini-Movies – A fun and interesting take on the Making of the Mini-Movies – we'll explore the themes of each of the mini-movies through the eyes of the artists who made them.

You can find the latest specs for 'The Secret Life of Pets' linked from our Blu-ray Release Schedule, where it's indexed under December 6. 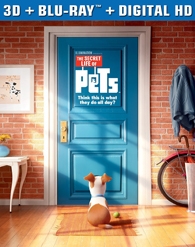 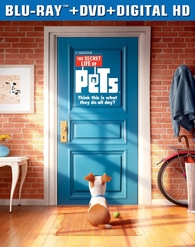