Tate Taylor's mysterious thriller is planned for both formats in January.

In an early announcement to retailers, Universal Studios says 'The Girl on the Train' will be available on Blu-ray and 4K Ultra HD Blu-ray on January 17.

The Girl on the Train is based on Paula Hawkins' bestselling thriller that shocked the world. Rachel (Emily Blunt), devastated by her recent divorce, spends her daily commute fantasizing about the seemingly perfect couple who live in a house that her train passes every day. Everything changes when she sees something shocking happen there, and becomes entangled in the mystery that unfolds.

The releases will feature DTS:X soundtracks and supplements include: Deleted and Extended Scenes; The Women Behind The Girl: Author Paula Hawkins and screenwriter Erin Cressida Wilson discuss their thoughts on writing the novel, the adaptation process and the importance of maintaining character integrity. Director Tate Taylor discusses working with these two incredible writers to make sure his vision for the film was represented in the script; On Board The Train: A behind-the-scenes look at the strong ensemble cast of The Girl on the Train. Director Tate Taylor and Producer Mark Platt discuss the specific nuances associated with each of the cast members' performances and Emily Blunt, Rebecca Ferguson, Haley Bennett, Allison Janney, Laura Prepon, Lisa Kudrow, Justin Theroux, Luke Evans and Edgar Ramirez take fans through the process of creating their incredible characters; and Feature Audio Commentary with Director Tate Taylor.

You can find the latest specs for 'The Girl on the Train' linked from our Blu-ray Release Schedule, where it is indexed under January 17. 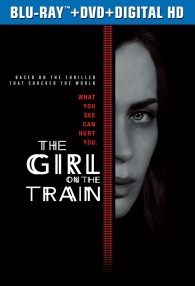 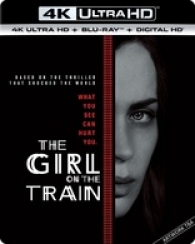