The fantasy starring Jeff Bridges, Julianne Moore, and Ben Barnes is headed for both Blu-ray formats in May.

In an early announcement to retailers, Universal Studios will be releasing 'Seventh Son' and Seventh Son - 3D on May 26.

In a time of enchantments when legends and magic collide, the sole remaining warrior of a mystical order (Jeff Bridges) travels to find a prophesized hero born with incredible powers, the last Seventh Son (Ben Barnes). Torn from his quiet life as a farmhand, the unlikely young hero embarks on a daring adventure with his battle-hardened mentor to vanquish a dark queen (Julianne Moore) and the army of supernatural assassins she has dispatched against their kingdom.

Each combo pack will feature 1080p video, a lossless 5.1 soundtrack, and supplements include: Deleted/Alternate Scenes, Defenders of Good, Resurrecting the Wicked, Forging a Medieval Realm, The Legend and Lore of the Seventh Son, and Visual Effects Gallery.

You can find the latest specs for 'Seventh Son' linked from our Blu-ray Release Schedule, where it is indexed under May 26. 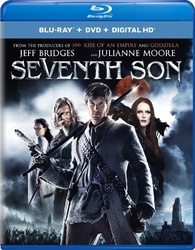 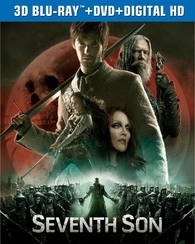