'Self/less' Blu-ray Details Are In

As previously reported, 'Self/less' is coming to Blu-ray later this year, and now the date has been set for November 10.

An extremely wealthy man, dying from cancer, undergoes a radical medical procedure that transfers his consciousness into the body of a healthy young man. But all is not as it seems when he starts to uncover the mystery of the body's origin and the organization that will kill to protect its cause. Starring Ryan Reynolds, Natalie Martinez, and Matthew Goode. Directed by Tarsem Singh.

The Blu-ray will feature 1080p video, lossless 5.1 audio, and there doesn't appear to be any supplements on this release.

You can find the latest specs for 'Self/less' linked from our Blu-ray Release Schedule, where it's indexed under November 10. 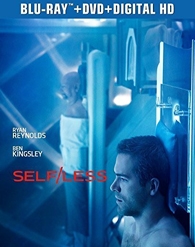