All three catalog Blu-ray titles will arrive in stores in March.

In an early announcement to retailers, Universal Studios will be releasing 'Mobsters' on Blu-ray on March 3.

The history of the most formidable foursome in American gangster history: Lucky Luciano, Bugsy Siegel, Meyer Lansky and Frank Costello. `Mobsters' traces their lives and work, from their formation of a New York street gang through bootlegging and finally to a more modern, corporate-style organised crime. Christian Slater, Patrick Dempsey and Richard Grieco star.

Specs haven't been revealed yet, but supplements will include the original theatrical trailers.

'Curious George' will also be available on the same date.

"Buckle up for this amusing, exciting and hilarious adventure" (Janet Stokes, Film Advisory Board, Inc.) with everyone's favorite inquisitive little monkey! When The Man In The Yellow Hat befriends Curious George in the jungle, they set off on a non-stop, fun-filled adventure through the wonders of the big city toward the warmth of true friendship. Featuring the voice talents of Will Ferrell, Drew Barrymore and an all-star cast, Curious George is "a family classic" (Dean Richards, WGN-TV) that will have the kid inside everyone giggling with delight again and again!

Specs have yet to be finalized, but bonus features will include: Jack Johnson "Upside Down" Music Video with Sing-Along; Deleted Scenes; "Drawn" to George; Monkey Around with Words; A Very Curious Car; and Monkey in Motion.

When it exploded on the scene in 1970, Andrew Lloyd Webber and Tim Rice's Jesus Christ Superstar changed the way the world watched musicals. This phenomenal interpretation and bold production of Christ's last days on Earth has now become one of the world's best-loved soundtracks. Powerful performances from a stellar cast makes this filmed stage show of Jesus Christ Superstar an unforgettable extravaganza you can't afford to miss.

Specs have yet to be detailed, but supplements include The Making of Jesus Christ Superstar.

You can find the latest specs for 'Mobsters', 'Curious George', and 'Jesus Christ Superstar' linked from our Blu-ray Release Schedule, where they are indexed under March 3. 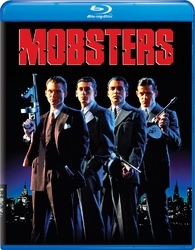 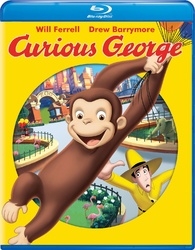 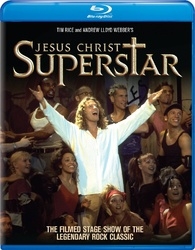