The musical comedy sequel is headed for Blu-ray in September.

In an early announcement to retailers, Universal will be releasing 'Pitch Perfect 2' on Blu-ray on September 22.

The Blu-ray combo pack will feature 1080p video, lossless 5.1 audio, and supplements include: Deleted/Extended/Alternate Scenes; Gag Reel; Extended Musical Performances; and The Bellas Are Back.

You can find the latest specs for 'Pitch Perfect 2' linked from our Blu-ray Release Schedule, where it is indexed under September 22. 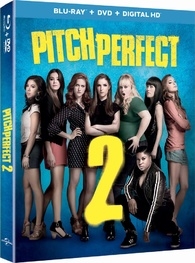