Universal Studios is set to release 'Darkest Hour' on Blu-ray on February 27.

Academy Award nominee Gary Oldman gives a "towering performance" (Richard Lawson, Vanity Fair) in acclaimed director Joe Wright's soaring drama Darkest Hour. As Hitler's forces storm across the European landscape and close in on the United Kingdom, Winston Churchill (Oldman) is elected the new Prime Minister. With his party questioning his every move, and King George VI (Ben Mendelsohn) skeptical of his new political leader, it is up to Churchill to lead his nation and protect them from the most dangerous threat ever seen. Also starring Academy Award® nominee Kristin Scott Thomas (Tomb Raider, The English Patient, Only God Forgives) and Lily James (Baby Driver, Cinderella), Darkest Hour is a powerful, inspirational drama. 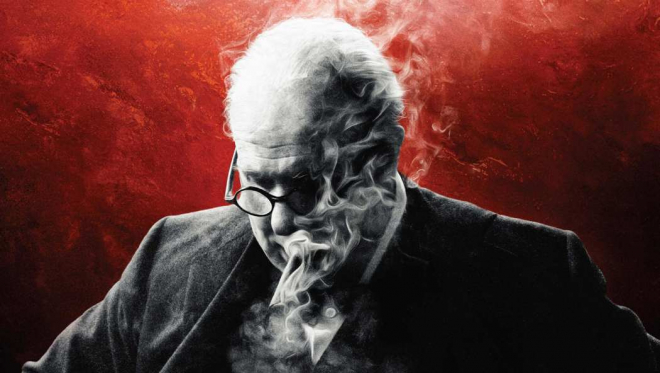 The Blu-ray will feature 1080p video, Dolby Atmos audio, and supplement include:

Into Darkest Hour – A comprehensive overview of all that went into making this epic wartime drama, including how they maintained authenticity in depicting 1940's London.

Gary Oldman: Becoming Churchill – Filmmakers, cast, and crew marvel at Gary Oldman's layered, transformative performance. Oldman himself weighs in on the greatest challenges of portraying a man as iconic and complicated as Winston Churchill.

You can find the latest specs for Darkest Hour linked from our Blu-ray Release Schedule, where it is indexed under February 27. 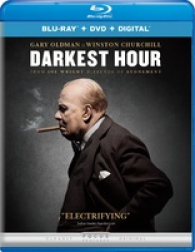