The horror flick will possess Blu-ray in March.

In an early announcement to retailers, Universal is preparing 'Incarnate' for Blu-ray on March 7.

Aaron Eckhart stars as Dr. Seth Ember, an unconventional exorcist who uses science instead of religion to tap into the minds of the possessed to remove the demon from their subconscious. When an 11-year-old boy becomes possessed by a creature of unspeakable evil, Ember enters the mind of the boy to attack the vengeful demon, but he finds himself facing the battle of his life and horrors of his own past.

The combo pack will feature 1080p video, lossless 5.1 audio, and supplements include The Making of Incarnate.

You can find the latest specs for 'Incarnate' linked from our Blu-ray Release Schedule, where it is indexed under March 7. 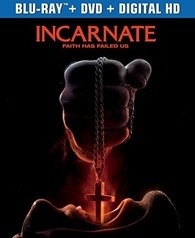