In an early announcement to retailers, Universal Studios says Skyscraper will be available on Blu-ray, Blu-ray 3D, and 4K Ultra HD Blu-ray on October 9.

Fueled with adrenaline and high impact verticality, Skyscraper is led by superstar Dwayne Johnson who plays former FBI Hostage Team leader, U.S. war veteran and amputee Will Sawyer. While on assignment in Hong Kong as an assessor for security in skyscrapers, he comes to find the tallest and safest building in the world suddenly ablaze, and he has been framed for it. Wanted and on the run, Will must find those responsible, clear his name and save his family who is trapped inside the building… above the fire line.

The releases will include Dolby Atmos soundtracks with Dolby Vision HDR video on the 4K edition and supplements include:

Deleted Scenes with Commentary by Director Rawson Marshall Thurber – Go behind the scenes with Dwayne Johnson and the rest of the cast of Skyscraper.

Dwayne Johnson: Embodying a Hero – Go behind the scenes to see what it took for Dwayne Johnson to bring the intense character of Will Sawyer to life.

Opposing Forces – There's no holding back as the women of Skyscraper get in on the action. Now, see first-hand what it took for Neve Campbell and Hannah Quinlivan to be fight ready.

Friends No More – When Dwayne Johnson and Pablo Schreiber met face to face, they immediately knew what they were up against. Witness first-hand the making of the intense apartment fight between two former on-screen friends, Will and Ben.

Kids in Action – In Skyscraper everyone gets in on the action, even the Sawyer children. Go on set with Noah Cottrell and McKenna Roberts to discover the moves behind their stunts.

Pineapple Pitch – Hear first-hand from Dwayne Johnson how writer/director Rawson Marshall Thurber pitched him the idea of Skyscraper. It may be a little fruitier than you think.

You can find the latest specs for Skyscraper linked from our Blu-ray and 4K Release Schedules, where it is indexed under October 9. 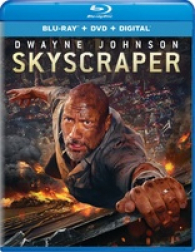 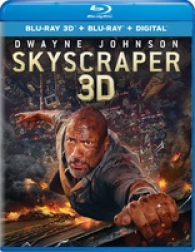 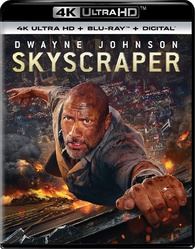