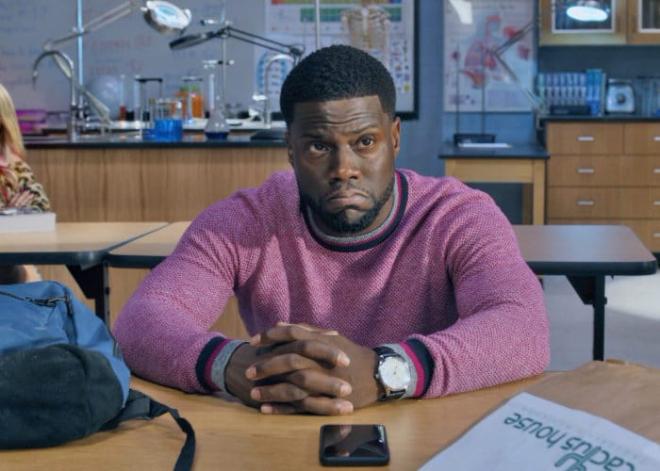 The comedy starring Kevin Hart and Tiffany Haddish will hit both formats in January.

Universal says Night School will be available on 4K Ultra HD Blu-ray and Blu-ray on January 1.

Successful salesman Teddy Walker’s (Kevin Hart, Jumanji, Ride Along 1 & 2) life turns around after getting fired for accidentally destroying his workplace. Forced to attend night school so he can finally get his GED and find another job, Teddy soon finds himself amongst a group of misfit students, a teacher with no patience for grown up class clowns named Carrie (Tiffany Haddish, Girls Trip, Uncle Drew) and his high school nemesis-turned-principal Stewart (Taran Killam, Killing Gunther, Ted 2) who will strive to make sure he fails the course. With every rule in the book about to be broken, Teddy and his new friends find themselves in a battle of pranks and wit that you can’t simply learn in the classroom.

The release will feature a DTS:X soundtrack and supplements include:

•    Gag Reel Extra Credit – NIGHT SCHOOL may be in session but between takes the cast is letting loose. Discover more behind-the-scenes hilarity in this extra credit edition Gag Reel.

The following features are only on the Blu-ray (included):

•    Gag Reel – Prepare to laugh (or cry) yourself silly through this hilarious montage of behind-the-scenes antics performed by the cast of NIGHT SCHOOL.

•    Who’s the Student? Who’s the Teacher? – Fans were thrilled to see friends Kevin Hart and Tiffany Haddish starring in their first film together. In this piece, the comedy titans give us their backstory on how they became ride-or-die friends more than a decade ago.

•    Prom Night Revisited – Take a trip down memory lane as the cast of NIGHT SCHOOL looks back at their own high school proms. You'll never guess who dressed up as a famous movie character and who never made it to the dance at all.

•    Cap ‘n Gown ‘n Giggles – Teddy may deliver a heartfelt graduation speech, but behind the scenes cast and crew were exploding with laughter as Kevin Hart's speech turned into a full blown standup comedy show.

•    Making of the Dance Battle – Take a sneak peek into the dance rehearsal of the infamous prom night dance battle.

•    Christian Chicken – When Teddy gets a sign from the Lawd to sell precious poultry, it only makes sense that he take it global. Check out this never before seen Christian Chicken commercial that was simply too delicious to air.

•    Game Over – Our favorite misfit, Teddy may be the class clown but he’s not fooling the ladies who keep him in check. Watch as Kevin Hart joins castmates Yvonne Orji and Megalyn Echikunwoke to discuss the complicated relationship between Maya and Teddy.

•    Extended Performance “El Sueno” – Every prom needs a hit song and this extended version of Luis's original "El Sueno" is sure to make you swoon.

You can find the latest specs for Night School linked from our 4K and Blu-ray Release Schedules, where it is indexed under January 1. 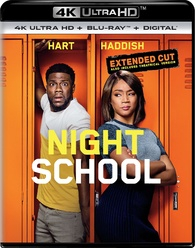 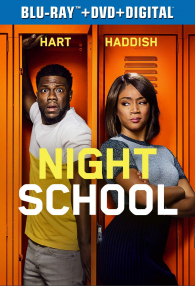