The horror flick is now up for pre-order on both formats at Amazon.

Universal is working on Us for 4K Ultra HD Blu-ray and Blu-ray later this year. A 4K SteelBook is also in the works and will be exclusively available at Best Buy.

Academy Award-winning visionary Jordan Peele returns with another original nightmare, pitting an endearing American family against a terrifying and uncanny opponent: doppelgängers of themselves. Adelaide Wilson (Oscar-winner Lupita Nyong’o) returns to her beachside childhood home with her husband (Winston Duke, Black Panther) and their two children for an idyllic summer getaway. After spending a tense beach day with their friends, and haunted by an unexplainable and unresolved trauma from her past, compounded by a string of eerie coincidences, Adelaide feels her paranoia elevate to high-alert as she grows increasingly certain that something bad is going to befall her family.

You can find the latest specs for Us linked from our 4K and Blu-ray Release Schedules, where it is indexed under PENDING. 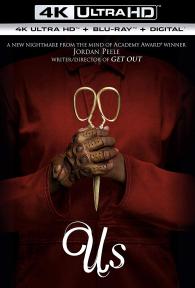 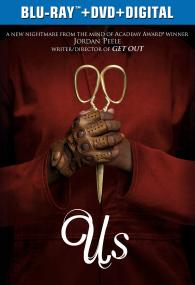