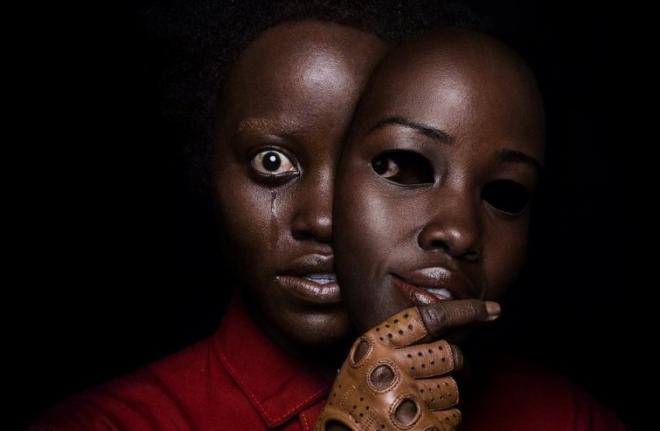 The horror flick is now up for pre-order on both formats at Amazon and arrives on home video in June.

As previously reported, Universal is working on Us for 4K Ultra HD Blu-ray and Blu-ray later this year, and now the official release date is June 18. A 4K SteelBook will be exclusively available at Best Buy.

Academy Award-winning visionary Jordan Peele returns with another original nightmare, pitting an endearing American family against a terrifying and uncanny opponent: doppelgängers of themselves. Adelaide Wilson (Oscar-winner Lupita Nyong’o) returns to her beachside childhood home with her husband (Winston Duke, Black Panther) and their two children for an idyllic summer getaway. After spending a tense beach day with their friends, and haunted by an unexplainable and unresolved trauma from her past, compounded by a string of eerie coincidences, Adelaide feels her paranoia elevate to high-alert as she grows increasingly certain that something bad is going to befall her family.

Both releases will feature a Dolby Atmos soundtrack with Dolby Vision/HDR10 on the 4K UHD and supplements will include:

Scene Explorations – The making of three iconic scenes from the film including the Tyler house massacre, Jason's abduction and Adelaide's underground flashback.

The Duality of US – Jordan Peele goes in-depth on some of the key themes and imagery in US– including Doppelgängers, Hands Across America, The Nutcracker dance scene, rabbits and the infamous 11:11 coincidence.

The Monsters Within US – Examine how the great cast were able to find their characters, whether they were playing one of the Wilsons or their sinister doppelgängers.

Tethered Together: Making US Twice – Making of a movie is hard. Making a movie where all the main cast play dual roles can be downright mind-bending. In this piece, filmmakers, cast, and crew discuss some of the technical challenges to making the film, as well as some of the design choices for the characters.

Redefining a Genre: Jordan Peele's Brand of Horror – In the space of two films, Jordan Peele has set himself apart as an invaluable artistic voice. Hear cast and filmmakers highlight what makes him so unique, as well as Jordan's own thoughts on his inspirations and the relationship between horror and comedy.

Becoming Red – Using behind-the-scenes footage from between takes, we take a closer look at Lupita Nyong'o's intense and mesmerizing performance as "Red."

We're All Dying – Hilarious outtakes from the conversation between Winston Duke and Tim Heidecker on the beach.

As Above, So Below: Grand Pas de Deux – An extended version of the dance sequence from the film, cutting between adolescent Adelaide at her recital to Red in the Underpass.

You can find the latest specs for Us linked from our 4K and Blu-ray Release Schedules, where it is indexed under June 18. 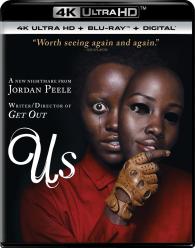 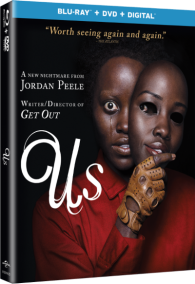