The company has announced its latest collection of limited edition Blu-rays, including Fritz Lang's 'The Big Heat' and Hal Ashby's 'The Last Detail.'

In an early announcement to retailers, Twilight Time is preparing eleven titles for Blu-ray throughout January and February. The full lineup includes:

The Last Detail - Two Navy men are ordered to bring a young offender to prison but decide to show him one last good time along the way.

Bound for Glory - The early life of Woody Guthrie as a vagabond folk singer.

Hawaii - An American missionary and his wife travel to the exotic island kingdom of Hawaii, intent on converting the natives. But the clash between the two cultures is too great and instead of understanding there comes tragedy.

From the Terrace - An ambitious young executive chooses a loveless marriage and an unfulfilling personal life in exchange for a successful Wall Street career.

The Happy Ending - A middle-aged woman walks out on her husband and family in a desperate attempt to find herself. 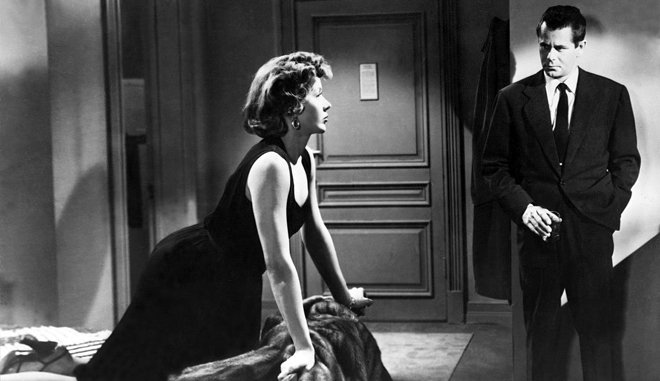 The Hawaiians - In this sequel to 1969's 'Hawaii,' Charlton Heston plays a sailor who returns to his Hawaiian homestead, only to learn that his grandfather's fortune has been bestowed upon his hated cousin Alec McCowan. As a reprisal, Heston sets up his own pineapple plantation in competition with his cousin.

Support Your Local Sheriff / Support Your Local Gunfighter - In the old west, a man becomes a sheriff just for the pay, figuring he can decamp if things get tough. In the end, he uses ingenuity instead / A con artist arrives in a mining town controlled by two competing companies. Both companies think he's a famous gunfighter and try to hire him to drive the other out of town.

Cowboy - Glenn Ford co-stars as a tough, no-nonsense trail boss and Jack Lemmon as a tenderfoot Chicago hotel clerk whose yearning for the Old West outweighs his own physical limitations. As a result of Lemmon's participation in a 3,000 mile cattle drive, he discovers that the cowboy life is not as he'd imagined.The Big Heat (Reissue) - Tough cop Dave Bannion takes on a politically powerful crime syndicate.Where the Sidewalk Ends - Det. Sgt. Mark Dixon wants to be something his old man wasn't: a guy on the right side of the law. But Dixon's vicious nature will get the better of him.

La bambola di Satana - A couple travels to an old castle in France for the reading of the will of the woman's recently deceased wealthy uncle. It turns out that he left her his castle and its grounds. They turn down an offer by a local businessman to buy the castle, and not long after that strange things begin to happen, most of them directed at the young woman.

Specs and supplements have not been detailed yet, but each disc will be limited to 3,000 units and will carry a suggested list price of $29.95.

You can find the latest specs for all of the titles listed above linked from our Blu-ray Release Schedule, where they're indexed under January 19 and February 9.