First Trailer Appears for 'The Wolf Among Us: Crooked Mile'

Update: 'The Wolf Among Us: A Crooked Mile,' is releasing on the PC and PS4 April 8th, followed by the 360 and other platforms on the 9th.

If prior history is any indication, the third episode of Telltale's 'The Wolf Among Us,' 'A Crooked Mile,' is nearing release for the PC, 360 and PS3. As a digital episodic series, the release dates rarely solidfy until the last minute, nevertheless the two recent bits of promotional material released by Telltale suggest an April release. 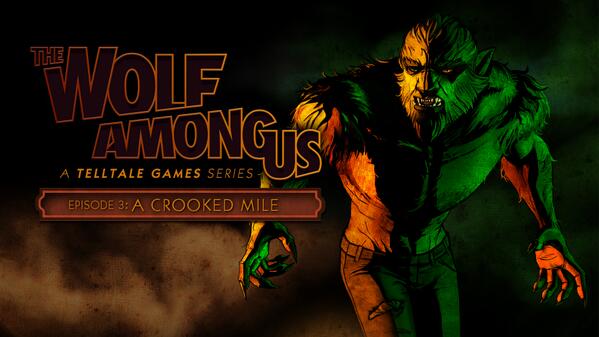 And today, the first trailer:

After a good first episode, 'The Wolf Among Us' really got in stride in the second episode, and the series looks to be stellar regardless of whether or not players are familiar with the comics series.

You can find the latest info on 'The Wolf Among Us: Crooked Mile' linked from our Video Game Release Schedule.