The company has revealed its first 8K display.

"2018 was another great year for the TCL television business globally and especially for us here in North America," said Aaron Dew, Director of Product Development, TCL North America. "We're making TVs people love and according to NPD, TCL became a leader in Smart TV with number two market share in the USA. The growth in large screen was even more pronounced with TCL taking a top-3 position in the 55” and above category. As TCL continues to drive into increasingly larger screen sizes with the opening of the world’s most advanced Gen 11 panel production facility, the TCL team must ensure that we are delivering world-class products with the performance levels that our users truly want in their family room." 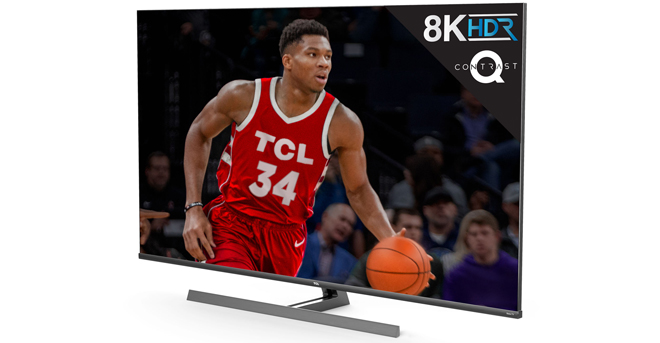 TCL's 8-Series 8K Roku TVs will be available in the US later this year in screen sizes of 75" and above. The displays will incorporate powerful upscaling capabilities to enhance current 4K and full HD content. Likewise, the TVs will support the latest HDMI standards for future 8K-ready devices. In addition, the set will also implement Quantum Dot (QLED) technology to provide superior color space, color volume, and color brightness. And building upon the company's current Contrast Control Zone tech, the 8-Series will utilize TCL's new Quantum Contrast technology powered by mini-LEDs, offering even more dimming zones.

Meanwhile, TCL has also announced that select 2019 TV models will feature an integrated high-performance far-field mic array for voice control as well. The array will include noise suppression and beam-forming noise localization tech and will be powered by the Roku Entertainment Assistant, allowing customers to control their TV and search for content through natural language.

Exact pricing and availability for the TCL 8-Series 8K Roku TV have not been announced yet.