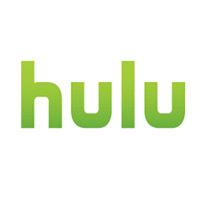 It's official, Hulu Plus is on the way and it's looking pretty good.

To start with, most of the rumors we've heard are true. There are still ads, but there will be less of them. You'll get access to a back catalog of old shows and full season runs of several current shows.

You'll be able to get Hulu Plus on your iPhone, iPad and iPod Touch and watch it over WiFi or 3G. You'll also be able to get the service on your Samsung HDTV, including an exclusive preview. This fall, both Vizio and Sony TVs and Blu-ray players will have access to the service.

The PS3 is the first game console to get Hulu Plus, and one of the first Blu-ray players, as the service hits PlayStations this July. As for the Xbox 360, it'll get Hulu Plus in early 2011.

The service will launch soon, but there's no official date yet. You can sign up for a preview of the new service at Hulu's website.