Netflix, Amazon, and CBS All Access have released new trailers, date announcements, and other info for several of their upcoming shows and movies, including Star Trek: Discovery, The Tick, Ingobernable, and The Week Of.

In addition, DC Entertainment has announced plans to launch a new digital service of its own, headlined by a live action Titans series.

The Tick (Amazon Prime Video, August 25) - In a world where superheroes have been real for decades, an underdog accountant with zero powers comes to realize his city is owned by a global super villain long-thought dead. As he struggles to uncover this conspiracy, he falls in league with a strange blue superhero. The Tick stars Peter Serafinowicz (Guardians of the Galaxy), Griffin Newman (Vinyl), Jackie Earle Haley (Watchmen), Valorie Curry (House of Lies), Yara Martinez (Jane the Virgin) and Brendan Hines (Scorpion). The Tick is executive produced by Ben Edlund (Supernatural), Barry Josephson (Bones) and Barry Sonnenfeld (A Series of Unfortunate Events), directed by Wally Pfister (The Dark Knight), and written by Edlund. The Tick is a co-production with Sony Pictures Television.

Ingobernable: Season 2 (Netflix, 2018) -Emilia Urquiza, is the First Lady of Mexico with big plans to improve conditions for the country through her commitment to fighting for peace. She is a woman with a strong personality, conviction and clear ideas that make her capable of doing anything. As Emilia starts to lose faith in her husband, President Diego Nava, she finds herself at a crossroad where she will need to find a way to deal with a great challenge and uncover the truth. The presidential couple will be joined by their two children Maria Nava Urquiza (Alicia Jaziz, Black Sheep, Gloria ) and Emiliano Nava Urquiza (Alessio Valentini,Yo Soy Pepito, Hasta que te Conocí).

The Week Of (Netflix, 2018) - Icons Adam Sandler and Chris Rock will reunite to star in a new Netflix original film set to begin production in Long Island, New York this summer. The Week Of will be directed by veteran Saturday Night Live writer and producer Robert Smigel. The movie covers the week of preparation for a wedding in which Sandler's daughter is marrying Rock's son. Happy Madison Productions’ Adam Sandler and Allen Covert will serve as producers and Barry Bernardi and Tim Herlihy will serve as executive producers. Sandler and Smigel co-wrote the script.

"Adam Sandler and Chris Rock are cornerstones of the Netflix comedy family and we are over the moon about these two legends reuniting to give our members worldwide a healthy dose of the hilarity that they have been creating together for years. Similar in the romantic comedy tone of Sandler's most recent film Sandy Wexler, this film will be the perfect vehicle for Sandler and Rock and their millions of fans around the world," said Ted Sarandos, Netflix Chief Content Officer. 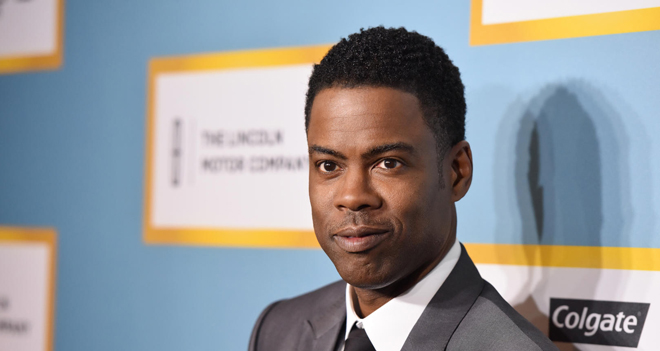 The new cast members are set to play:

Shazad Latif will star as "Lieutenant Tyler," a Starfleet officer in the Federation. Latif is known for his role as Dr. Henry Jekyll in the television series Penny Dreadful.

Rekha Sharma will star as "Commander Landry," the security officer of the Starship Discovery. Sharma’s television credits include Battlestar Galactica and The 100.

Kenneth Mitchell will star as "Kol," a commanding officer in the Klingon Empire. Mitchell’s television credits include the fan-favorite Jericho on CBS, The Astronaut Wives Club and Frequency.

Clare McConnell will star as "Dennas," a leader in the Klingon Empire. McConnell’s film credits include Dim the Fluorescents, slated for release this fall.

Damon Runyan will star as "Ujilli," a leader in the Klingon Empire. Runyan’s television credits include Suits, Supernatural and Gangland Undercover.

While a launch date has not been revealed yet, the series is set to air a special premiere episode on the CBS Television Network. Following that initial broadcast, all first run episodes of the show will be available exclusively through the CBS All Access streaming platform in the US. In addition, the series will stream globally (outside of the US and Canada) through Netflix.

Finally, according to a report from The Hollywood Reporter, DC Entertainment is joining Warner Bros. and Digital Network Group to launch a new digital service in 2018. The upcoming streaming service will be geared toward fans of DC Comics and is set to include a new live action Titans series, as well as the third season of the animated show Young Justice: Outsiders.

Titans comes from executive producers Greg Berlanti, Akiva Goldsman, DC Entertainment president and chief creative officer Geoff Johns, and Sarah Schechter. The show will be based on the Teen Titans comics, and will focus on characters like Dick Grayson (aka Robin and later Nightwing from the Batman series), Starfire, Raven, and more.

An exact launch date for the new DC digital service has not been announced yet. 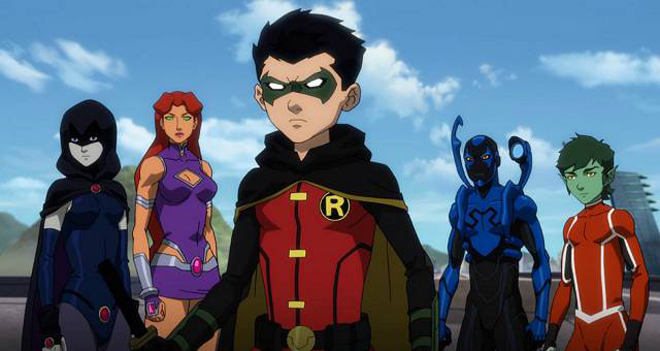