A new Netflix drama starring Naomi Watts and a Broadway show from Nick Kroll and John Mulaney are among the latest streaming announcements.

Netflix has released new trailers, date announcements, and other info for several of their upcoming shows and movies, including Gypsy, Oh Hello Broadway, Chasing Coral, The Ranch, Alexa and Katie, and The Death and Life of Marsha P. Johnson.

The Ranch: Part 3 (Netflix, June 16) - Set in the present day on a Colorado ranch, THE RANCH stars Ashton Kutcher as Colt, a failed semi-pro football player who returns home to run the family ranching business with his older brother Jameson "Rooster" (Danny Masterson) and father Beau (Sam Elliott), whom he hasn't seen in 15 years. Debra Winger stars as Colt's and Rooster's mother, Maggie, who runs the local town bar.  Don Reo (Two and Half Men, My Wife and Kids) and Jim Patterson (Two and a Half Men, Mike and Molly) executive produce. Kutcher and Masterson also serve as executive producers.

Gypsy (Netlifx June 30) - The ten-part psychological thriller focuses on Jean Halloway (Naomi Watts), a Manhattan therapist with a seemingly picturesque life who begins to develop intimate and illicit relationships with the people in her patients' lives. As the borders of Jean's professional life and personal fantasies become blurred, she descends into a world where the forces of desire and reality are disastrously at odds. In addition to Watts, Gypsy also stars Billy Crudup (Spotlight) as Jean's husband Michael Halloway, Sophie Cookson (Kingsman) as Sydney, Lucy Boynton (Murder on the Orient Express) as Jean's patient Allison, and Karl Glusman (Nocturnal Animals) and Jean's patient Sam.

Chasing Coral (Netflix, July 14) - Taps into the collective will and wisdom of an ad man, a self-proclaimed coral nerd, top-notch camera designers, and renowned marine biologists as they invent the first time-lapse camera to record bleaching events as they happen. Unfortunately, the effort is anything but simple, and the team doggedly battles technical malfunctions and the force of nature in pursuit of their golden fleece: documenting the indisputable and tragic transformation below the waves. With its breathtaking photography, nail-biting suspense, and startling emotion Chasing Coral is a dramatic revelation that won’t have audiences sitting idle for long.

The Death and Life of Marsha P. Johnson (Netflix, Later this year) - When Marsha P. Johnson, the beloved, self-described "street queen" of NYC's gay ghetto, was found floating in the Hudson River in 1992, the NYPD refused to investigate. Instead, they chalked it up to suicide, a widely dismissed conclusion, and left the mystery to fester for decades. Having played a pivotal role in the Stonewall Riots of 1969, Marsha and fellow icon Sylvia Rivera went on to form the world's first trans-rights organization, STAR (Street Transvestites Action Revolutionaries) in 1970. And despite their many challenges over the years – harassment, homelessness, alcoholism - Marsha and Sylvia ignited a powerful and lasting civil rights movement for gender nonconforming people.

Now, 25 years after her untimely death, at a time of unprecedented visibility for, and escalating violence against, the transgender community, veteran crime-victim advocate Victoria Cruz has taken it upon herself to reexamine what happened to Marsha and measure the challenges that still face the community. The film follows as this intrepid champion pursues leads, mobilizes officials, and raises troubling new questions about a famous cold case. Along the way she burnishes the political legacy of a celebrated historical figure.

"Almost single-handedly, Marsha P. Johnson and her best friend Sylvia Rivera touched off a revolution in the way we talk about gender today," said David France. "Their names should be household words. But Marsha’s life was cut tragically short and Sylvia died shortly thereafter, the victim of a broken heart. Getting to know their story through the investigation undertaken by Victoria Cruz, a seminal activist in her own right, has been one of the great honors of my career. Now, with Netflix as our distribution partner, I am confident the legacy of these tremendous women will never be forgotten." 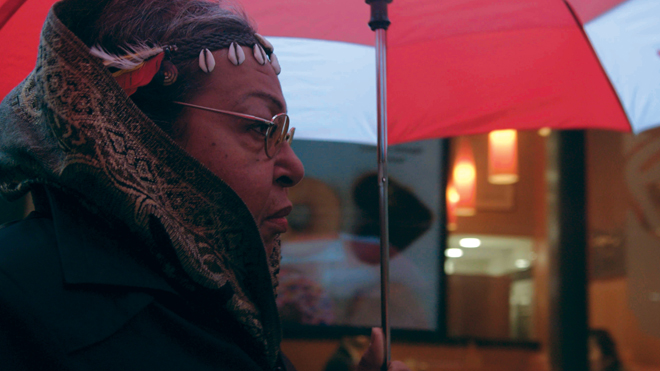 Finally, Netflix has announced the addition of Tiffani Thiessen (Dinner at Tiffani’s, White Collar) to the cast of Alexa & Katie. Thiessen will join the series as Lori the determined and protective mother of one of the lead characters.

The show is a multi-cam comedy about two lifelong best friends eagerly anticipating the start of their freshman year of highschool. The friends confront a crisis that leaves them feeling like outsiders, at a time when what seems to matter most is fitting in. Alexa and Katie also stars Paris Berelc (Mighty Med, Lab Rats: Elite Force) and newcomer Isabel May, who play the title characters respectively. The series was created by Heather Wordham (Hannah Montana, Reba). Matthew Carlson (Malcolm in the Middle, Samantha Who?) is on board as showrunner. In addition, Wordham and Carlson are listed as executive producers. The 13-episode first season is set to premiere in 2018. 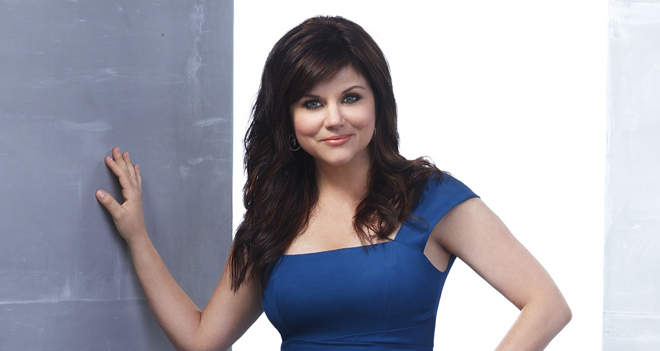