Coming Soon to Streaming: 'The Staircase,' 'It Happened One Night,' and More

Netflix and Amazon have released new trailers and info for several of their upcoming programs and films. In addition, FilmStruck has announced new content for June, including special curated content in celebration of Pride Month and the latest lineup of Criterion Channel titles.

The Staircase (Netflix, June 8) - The compelling story of Michael Peterson, a crime novelist accused of killing his wife Kathleen after she is found dead at the bottom of a staircase in their home, and the 16 year judicial battle that followed. The brand new episodes of this true crime phenomenon will air alongside the original series. Produced by Matthieu Belghiti and produced and directed by Academy-award winner Jean-Xavier de Lestrade.

The Ranch: Part 5 (Netflix, June 15) - Part 5 picks up where we left off: After hearing the shocking news of the pipeline falling through, Colt and Rooster have to face Beau and Maggie as well as the realities of running two ranches without operating money. Meanwhile, Abby and Colt’s relationship is tested with twists and turns (including the announcement that they're expecting a baby AND engaged to be married). Beau’s kindness during a community crisis brings him closer to Joanne (Kathy Baker) and a new friendship with Neumann’s Hill. But with the tough financial times, Mother Nature’s fury, and risky decisions made - even the country-strong Bennett family will struggle to keep it all together.

Hannah Gadsby: Nanette - (Netflix, June 19) - In her hilarious debut Netflix Original stand-up special, comedian Hannah Gadsby gets up close and personal about her life and growing up gay on the small island of Tasmania. Recently hailed by the New York Times as a “major new voice in comedy,” Hannah keeps her audience at the Sydney Opera House laughing with her sharp observations as she takes aim at everything from pride parades, unsolicited opinions and the whole history of art before she turns her punchlines into sucker punches, silencing the laughs and flipping the art of comedy completely on its head.

A Christmas Prince — The Royal Wedding (Netflix, Winter 2018) - Ms. Amber Moore and His Royal Highness Prince Richard of Aldovia kindly request the honor of your presence at their royal wedding later this year. Serves as a sequel to the cult hit, A Christmas Prince, which followed an aspiring young journalist sent abroad to get the scoop on a handsome prince who's poised to be king.

Rilakkuma and Kaoru: Season 1 (Netflix, Spring 2019) -  Rilakkuma is a mysterious bear who turns up to live with Kaoru, a seemingly ordinary young woman, in this stop motion teaser. Besides Rilakkuma, Kaoru also lives Korilakkuma (a small white bear cub) and Kiiroitori (Kaoru's pet bird), and they have adorable, surreal, and amazing adventures.

Super Drags (Netflix, Coming Soon) - Super DragsDuring the day, they work in a department store and deal with their uptight bitchy boss. By night, they tighten up their corsets and transform into the baddest SUPER DRAGS in town, ready to combat shade and rescue the world's glitter from the evil villains. Get ready, because the SUPER DRAGS are going deeper than you think.

3%: Season 3 (Netflix, Coming Soon) - A post-apocalyptic thriller set in near-future Brazil, where a select few are allowed to join a privileged society after undergoing an intense and competitive process.

A Very English Scandal (Amazon Prime Video, June 29) - The shocking true story of the first British politician to stand trial for conspiracy to murder. Jeremy Thorpe (Hugh Grant), the leader of the Liberal party, has a secret he's desperate to hide. His ex-lover Norman Scott (Ben Whishaw) is putting Thorpe's brilliant political career at risk so Thorpe schemes and deceives until he realizes there’s only one way to silence Scott for good.

Meanwhile, the FilmStruck streaming service has announced five curated collections dedicated to exploring LGBTQ themes and artists in cinema to celebrate Pride month throughout June. Here's a rundown of the schedule per FilmStruck:

- Dressing the Part, streaming 6/1/18: Alan Cumming and Charles Busch offer their experiences and thoughts on this cinematic look at cross-dressing as an art form with films ranging from 1959’s Some Like It Hot to 2001’s Hedwig & The Angry Inch
- Star of the Week: Liza Minnelli, streaming 6/8/18: named as one of OutMagazine's "12 Greatest Female Gay Icons of All Time," Liza Minnelli shines in films like Cabaret (1972) and Tell Me You Love Me, Junie Moon (1972)
- Written by Tennessee Williams, streaming 6/8/18: featuring films based on the iconic playwright’s works like Cat on a Hot Tin Roof (1958) and A Streetcar Named Desire (1951)
- Director of the Week: Derek Jarman, streaming 6/15/18: featuring nine feature films from director and AIDS activist Jarman, like Sebastiane (1976) and Jubillee(1978) as well as a documentary of his life and work narrated by Tilda Swinton,Derek (2008)
- Classics of Lesbian Cinema, streaming 6/22/18: Lea DeLaria examines these seven Sapphic films including the first feature film directed by a black lesbian, The Watermelon Woman (1996), and an adaptation of Jane Rule’s novel, Desert Hearts (1985)

In addition, Criterion has also revealed its June lineup of films set to hit the Criterion Channel on the FilmStruck streaming service. Here's a full rundown of titles premiering throughout June: 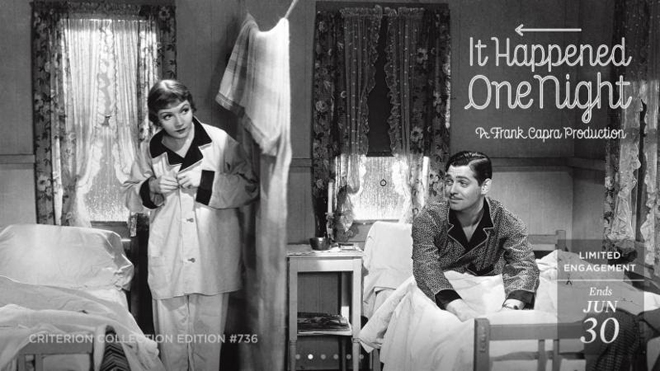