Netflix, DC Universe, and Hulu have all released new trailers and info for several of their upcoming shows and films.

When They See Us (Netflix, May 31) - Based on a true story that gripped the country, When They See Us will chronicle the notorious case of five teenagers of color, labeled the Central Park Five, who were convicted of a rape they did not commit. The four part limited series will focus on the five teenagers from Harlem -- Antron McCray, Kevin Richardson, Yusef Salaam, Raymond Santana and Korey Wise. Beginning in the spring of 1989, when the teenagers were first questioned about the incident, the series will span 25 years, highlighting their exoneration in 2002 and the settlement reached with the city of New York in 2014.

Marvel's Jessica Jones: Season 3 (Netflix, June 14) - New York City private investigator Jessica Jones (Krysten Ritter) is beginning to put her life back together after murdering her tormenter, Kilgrave. Now known throughout the city as a super-powered killer, a new case makes her reluctantly confront who she really is while digging deeper into her past to explore the reasons why. Krysten Ritter (Jessica Jones) is joined by an incredible returning cast that includes Rachael Taylor (Trish Walker), Carrie-Anne Moss (Jeri Hogarth), Eka Darville (Malcolm Ducasse) and new cast members Janet McTeer and J.R. Ramirez, among others.

Trinkets (Netflix, June 14) - When three teenage girls from different corners of the high school cafeteria find themselves in the same mandated Shoplifter’s Anonymous meeting, an unlikely friendship forms. Elodie (Brianna Hildebrand, Deadpool) — the grieving misfit, Moe (Kiana Madeira, The Flash) — the mysterious outsider, and Tabitha (Quintessa Swindell) — the imperfect picture of perfection, will find strength in each other as they negotiate family issues, high school drama and the complicated dilemma of trying to fit in while longing to break out. Trinkets is based on the young adult novel by Kirsten "Kiwi" Smith, who serves as an executive producer.

Mr. Iglesias (Netflix, June 21) - In the multi-cam series Mr. Iglesias, Iglesias plays a good-natured public high school teacher who works at his alma mater. He takes on teaching gifted but misfit kids to not only save them from being “counseled out” by a bully bureaucrat Assistant Principal (Oscar Nuñez), but also to help them unlock their full potential. Sherri Shepherd co-stars.

Dark: Season 2 (Netflix, June 21) - Jonas finds himself trapped in the future and desperately tries to return to 2020. Meanwhile, his friends Martha, Magnus, and Franziska are trying to uncover how Bartosz’ is involved in the mysterious incidents occurring in their small hometown of Winden. More and more people are drawn into the events orchestrated by an obscure figure who seemingly controls everything that is connected throughout different time zones.

7SEEDS (Netflix, June 28) - After a sudden awakening, the struggle for human survival begins. An unknown destiny awaits the young men and women chosen for the 7 Seeds project, created to prevent humanity’s extinction. Netflix and Japanese animation studio Gonzo team up to bring you this science fiction story, set in the near-future.

The Dark Crystal: Age of Resistance (Netflix, August 30) - The journey begins as darkness rises. Join three Gelfling heroes on an epic quest to save their world. In this prequel to the fantasy classic, three young Gelfling inspire a rebellion against the cruel Emperor when they discover a horrifying secret.

Following a zombie outbreak in Las Vegas, a group of mercenaries take the ultimate gamble, venturing into the quarantine zone to pull off the greatest heist ever attempted. 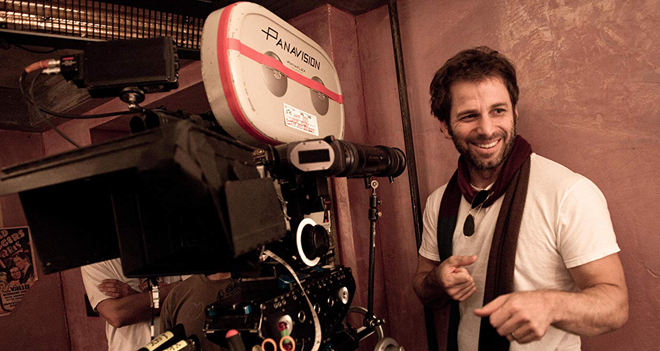 The Bravest Knight (Hulu, June 21) - Based on wildly popular children’s book by Daniel Errico "The Bravest Knight Who Ever Lived," the story chronicles a young pumpkin farmer’s adventure as he attempts to become the bravest knight who ever lived. The new series is breaking boundaries, featuring a household with two dads (Sir Cedric and Prince Andrew), making it one of the first children’s television series with an openly gay main character. Following the inspiring and perseverant former pumpkin farmer, Sir Cedric, now grown and married to the prince of his dreams, The Bravest Knight recounts personal tales of his journey. Sir Cedric shares his story with his adopted 10-year-old daughter Nia, on how he transformed from day-time farmer to full-fledged knight. Nia, who is training to become a brave knight herself, learns important values such as honor, justice and compassion; proving that knighthood is much more than slaying dragons.