A teaser for Black Mirror and a fifth season renewal for Amazon's Transparent are among the latest streaming updates.

Little Evil (Netflix, September 1) - Meet Gary. He just married Samantha, the woman of his dreams. There's one problem, his stepson is the antichrist. Adam Scott and Evangeline Lilly star in the Netflix horror comedy from the director of Tucker and Dale vs. Evil.

Marc Maron: Too Real (Netflix, September 5) - Comedian, podcaster, and GLOW star Marc Maron unleashes a storm of ideas on meditation, mortality, documentary films, and our weird modern world in his latest Netflix Original stand-up comedy special, Marc Maron: Too Real. Pairing his candid conversational style with personal honesty, modern-day philosopher Maron discusses everything from art and aging to his relationship with his parents and the longevity of the Rolling Stones, in front of a packed house at Pantages Theatre in Minneapolis.

BoJack Horseman: Season Four (Netflix, September 8) - Will Arnett voices BoJack, the failed legendary 90's sitcom star from the favorite family sitcom Horsin’ Around, who has been trying to find his way through a muddle of self-loathing, whisky and failed relationships. Now, in the presence of his human sidekick Todd (Aaron Paul) and his feline agent and ex-paramour Princess Carolyn (Amy Sedaris), BoJack is primed for his comeback...

Strong Island (Netflix, September 15) - In April 1992, on Long Island NY, William Jr., the Ford’s eldest child, a black 24 year-old teacher, was killed by Mark Reilly, a white 19 year-old mechanic. Although Ford was unarmed, he became the prime suspect in his own murder. Director Yance Ford chronicles the arc of his family across history, geography and tragedy - from the racial segregation of the Jim Crow South to the promise of New York City; from the presumed safety of middle class suburbs, to the maelstrom of an unexpected, violent death. It is the story of the Ford family: Barbara Dunmore, William Ford and their three children and how their lives were shaped by the enduring shadow of racism in America.

Jerry Before Seinfeld (Netflix, September 19) - Jerry Seinfeld returns to The Comic Strip for an intimate stand-up set at the club that helped launch his career. Interspersed with never-before-seen material -- including a library of legal pads with every joke he's written since 1975, childhood videos, and more -- Jerry performs the jokes that put him on the comedy map in an hour-long stand-up special, only on Netflix. 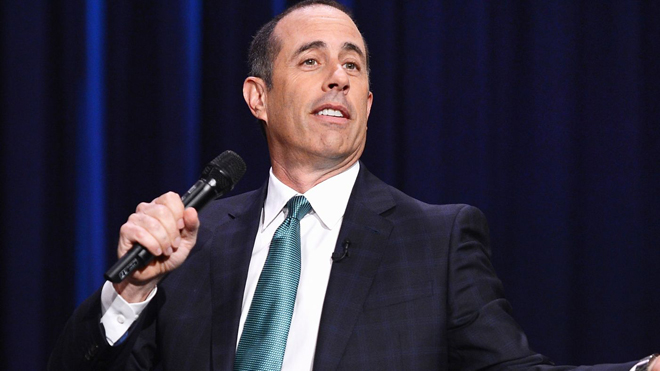 Wormwood (Netflix, December 15) - Directed by boundary-breaking filmmaker Errol Morris, Wormwood is a six-part series exploring the limits of knowledge about the past and the lengths we’ll go in our search for the truth. A twisting, evolving story of one man’s sixty-year quest to identify the circumstances of his father’s mysterious death. Combining a virtuosic performance by Peter Sarsgaard with Morris’ legendary interview style, Wormwood examines this case from every possible angle, bringing the viewer face-to-face with some of the United States’ darkest secrets.

Black Mirror: Season Four (Netflix, Coming Soon) - An anthology series that taps into our collective unease with the modern world, with each stand-alone episode a sharp, suspenseful tale exploring themes of contemporary techno-paranoia. Without questioning it, technology has transformed all aspects of our lives; in every home; on every desk; in every palm - a plasma screen; a monitor; a Smartphone – a Black Mirror reflecting our 21st Century existence back at us. The series is created and written by Charlie Brooker, and executive produced by Brooker and Annabel Jones.

In addition, Netflix has also ordered an eight episode second season of Friends From College. The show centers on a group of friends who went to Harvard together and are now facing down their forties and experiencing a range of success, or lack thereof, both professionally and domestically. With interwoven and oftentimes complicated relationships with one another, the series is a comedic exploration of old friendships, former romantic entanglements and balancing adult life with nostalgia for the past.

Meanwhile, Amazon has picked up a fifth season of Transparent. New episodes will go into production next year for a 2018 debut. The show's upcoming fourth season is set to premiere on September 22.

"Over the past few seasons the Pfeffermans have gone across the world, back in time and made many, many trips to the deli," said , Head of Comedy, Drama and VR, Amazon Studios. "We're so excited to see what magic Jill and the incredible team bring to this always groundbreaking series in season five." 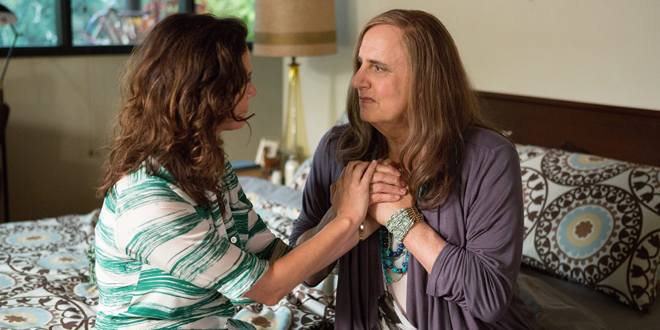 "The first season of Fleabag introduced audiences to the brilliant and rebellious voice of Phoebe Waller-Bridge," said , Head of Comedy, Drama and VR, Amazon Studios. "She's one of the best and most dynamic showrunners in TV today and we're so excited to bring a new season of the smart and hilarious Fleabag to customers soon."